Rice Lake and Rice Peak are located east of Cascade, Idaho, and south of Warm Lake past Stolle Meadows.  The final few miles of road to the trailhead is extremely rough, and a high clearance vehicle is recommended.  Rebecca and I went camping with a couple of friends, and a short hike was put on the agenda for the weekend.  We drove up to the Stolle Meadows area Friday evening where Amy and Ryan had already set up camp.  The Hall’s are professional campers that had all the bases clearly covered.  My weak attempt to provide any assistance to setting up or contributing to camp was futile.  My lack of car camping skills became evident early to the Halls’, as they observed me set up my small two-man backpacking tent for myself, my wife, the two kids, and, a dog.  Rebecca and I were fortunate to be invited along to join such seasoned camping veterans and partake in their weekend.  We enjoyed the night around a campfire and went to bed around 11:00.

On Saturday morning we had a small bite to eat, and proceeded to the trailhead for our hike.  As mentioned above, the road was difficult to navigate and on a couple of occasions where we ran into snow.  I felt as though we were close, so we continued on and finally made it to the end of the road.  Our hopes of a friendly trail were quickly diminished when the first step of the hike was on two feet of snow.  You could see the trail occasionally, so I suggested that we at least try and make it to the lake, which was approximately 0.5 miles away.  Everyone agreed and we were off.  I had Kennedy in the child carrier and Becky packed our water and supplies, while Ryan carried the Hall’s water and supplies (and occasionally Taylor when she wasn’t able to walk).  The dogs were extremely excited.

It didn’t take long before we were at the lake and the lookout on Rice Peak was in sight.  It went quite quickly, and after seeing the open slopes to the west, Ryan recommended we continue and try and make it to the summit.  Everyone was in agreement so we pushed forward.  The grade remained nominal for a short while after the lake, but then started to increase and switchback as we climbed to a saddle between the peak and Peak 8469.  The trail became less and less evident due to snow as we gained elevation and made our way over to the north face of the saddle.  When the trail was gone for good, we simply estimated where we thought it would come out at the top of the saddle and climbed a snowfield to that point.

Our route-finding skills were accurate and found the open trail that led to Rice Peak from the saddle.  Rebecca, the two kids, and our dog called it a day at the saddle as Ryan, Amy, and I continued to the lookout.  It took us just under 20 minutes to make it to the top where we enjoyed the views, yelled down to our party below, and took some photos.  The hike down started off lively as we all glissaded down the snowfields from the saddle.  After this, it was rather uneventful other than Kennedy’s singing and Taylor almost falling asleep on Ryan’s back.  Anyway, we enjoyed the rest of the weekend eating great Dutch oven cooking, taking a quick dip in Warm Lake, and drinking a few beers. 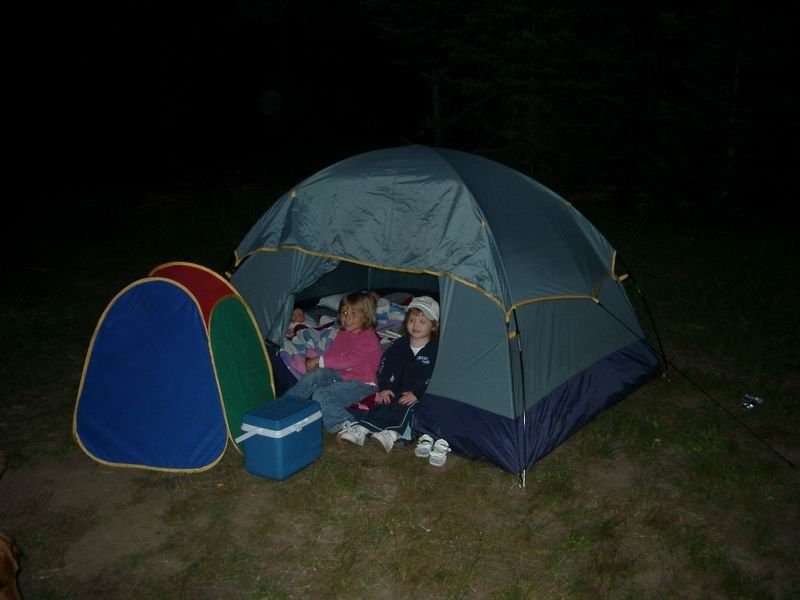 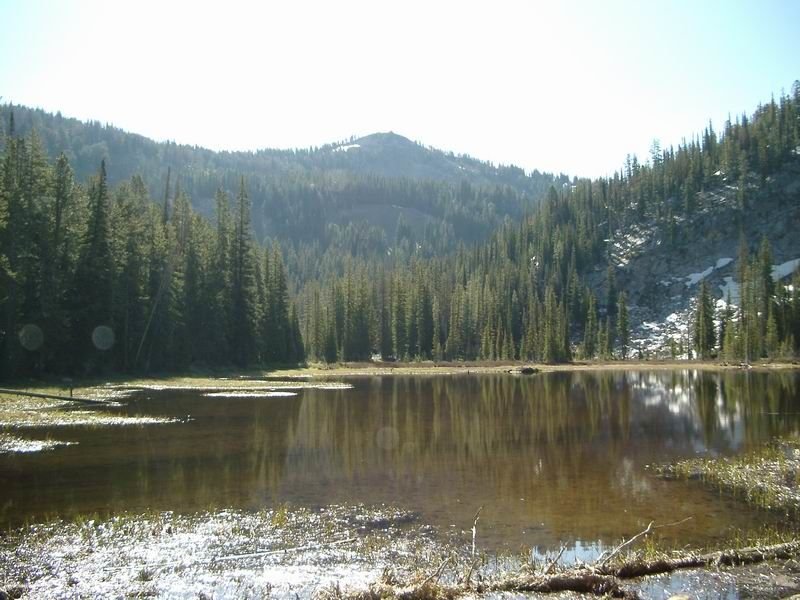 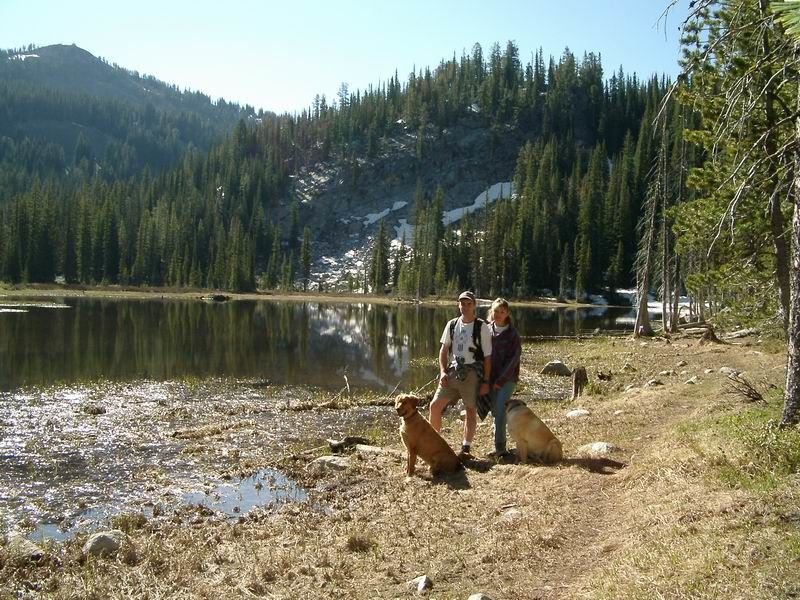 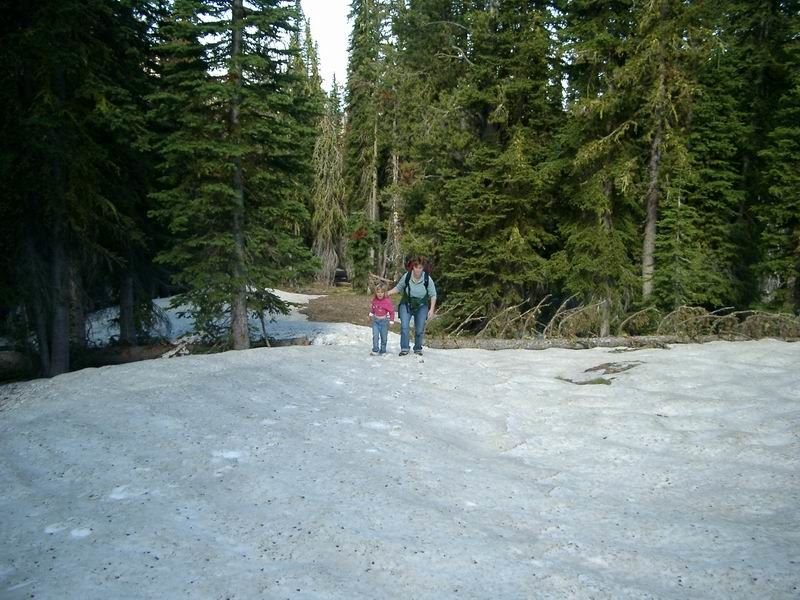 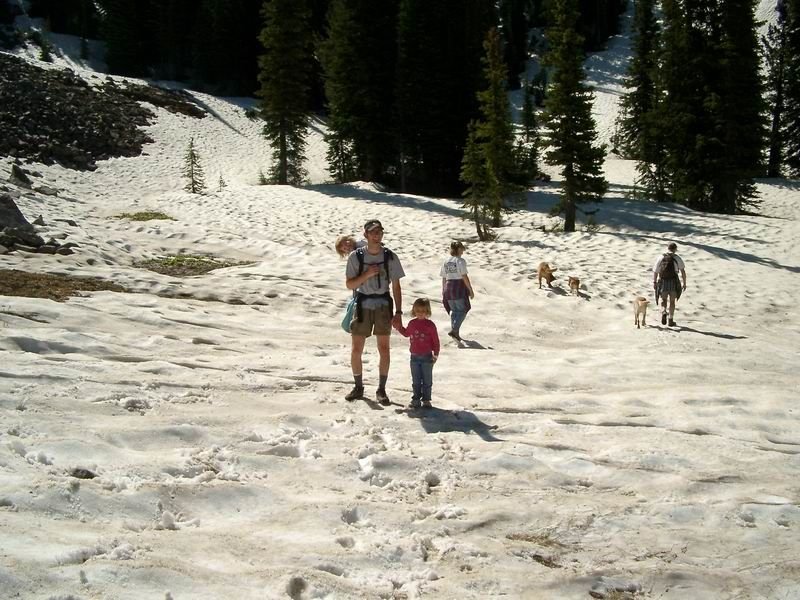 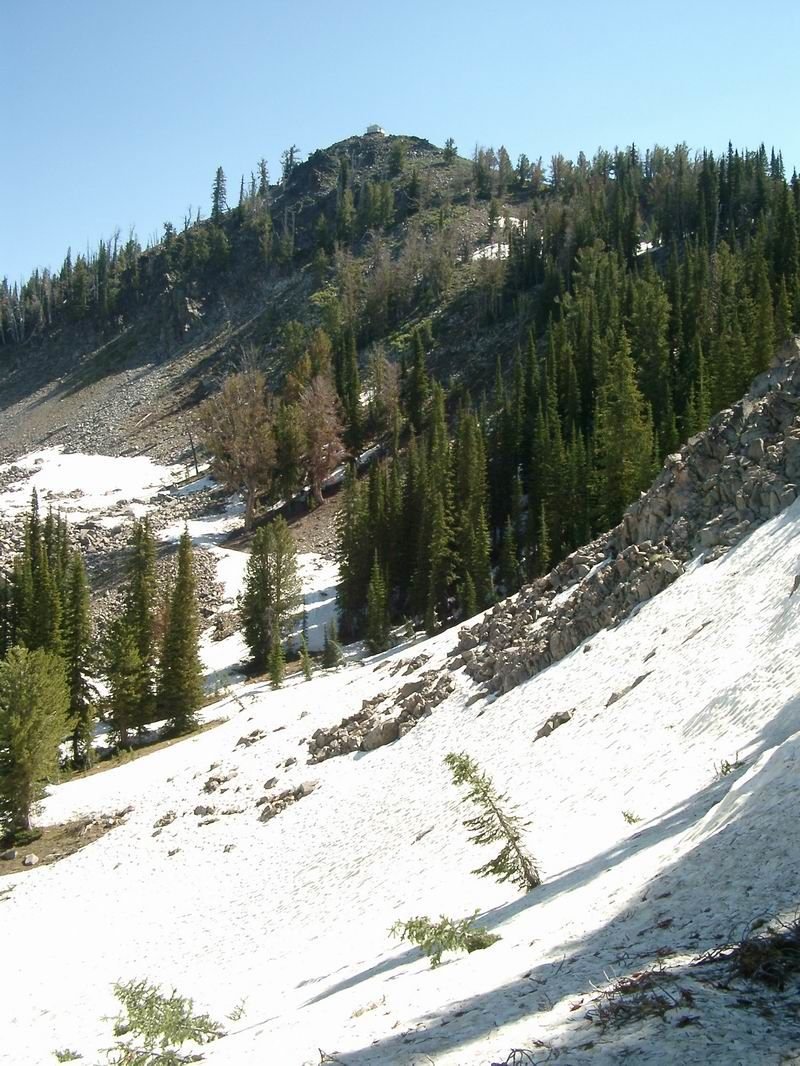 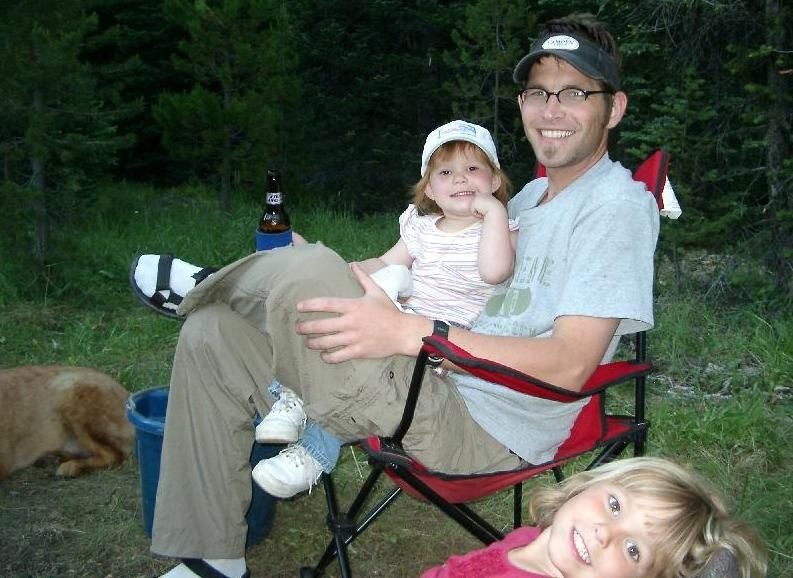