A last minute schedule change had me in the Wasatch Mountains of northern Utah to go for a hike.  Mount Timpanogos at 11,750’ is actually the second highest peak in the Wasatch Range.  To get to the Aspen Grove Trailhead take exit 275 off of I-15 and head east up the Provo Canyon.  About seven miles up the canyon, take a left towards Sundance, Utah.  Go through the town, and immediately after driving past Aspen Grove, Utah, and dropping down a small hill, the trailhead parking lot will be on the left.  Take three dollars with as the area requires a fee.

I didn’t get an early start and would consider 11:00 to be late for this particular hike.  The trail starts out on well maintained gravel and shortly becomes paved with asphalt.  The asphalt remains until the first major waterfall along the hike which is approximately one mile in.  I would estimate that there were at least 8 to 10 major waterfalls along the creek flowing out of Emerald Lake.  After about an hour, I was debating on whether or not this was a good idea given the late start, humidity, and 100 degree temperatures Salt Lake City, Utah, was experiencing.  I decided to press on and after gaining some elevation and catching an occasional cool breeze things improved.  The first section of the hike contains numerous switchbacks as you work your way up the canyon below Robert’s Horn.  The scenery was amazing and I felt as though I was in a tropical rainforest some of the time.  I finally made my way up to the ledge where the Hidden Lakes reside and I caught a slight break as the trail leveled out up to Emerald Lake.  From Emerald Lake I caught my first views of Mount Timpanogos and made it to a shelter at the base of of the mountain.

I briefly read that there is a glacier on Mount Timpanogos, so I threw in the crampons and ice axe before I left.  Once I was at the trailhead, I decided to leave this equipment to save weight and avoid being tempted to take a more difficult route by myself.  Once at the shelter, I looked north at the Timp Saddle and then back south to the Glacier Saddle.  The southern route was much closer and appeared manageable.  However, I decided against it and started towards the north and the Timp Saddle.  After about 50 yards, I looked back for a final glance at the large snowfield and couldn’t resist.  I turned around to attempt the shorter Glacier Saddle alternate route.

I started up the snowfield and was making good progress.  The snow was soft in the early afternoon sun and I didn’t slip at all.  The grade was low until you get to the base of the saddle where I would estimate it at between 40 and 45 degrees to the top for a couple of hundred feet.  As I said earlier, the snow was soft and it was fairly easy to kick secure steps into the snowfield and maintain balance with my trekking poles.  The most difficult section was above the snowfield on some very loose scree.  I safely gained the ridge at the Glacier Saddle and was surprised that more people don’t use this approach.

From the Glacier Saddle, I was only 470’ from the summit.  I stashed a quart of water and some of my food and continued on.  Most of this section of the route skirts the western side of the summit ridge and is fairly exposed.  I had the summit to myself where I rested and snapped photos.  I descended the same way I came in and caught a couple of glissades down the snowfield. My total trail time was 6 hours and 20 minutes, and I was back in Boise, Idaho, at 11:30. 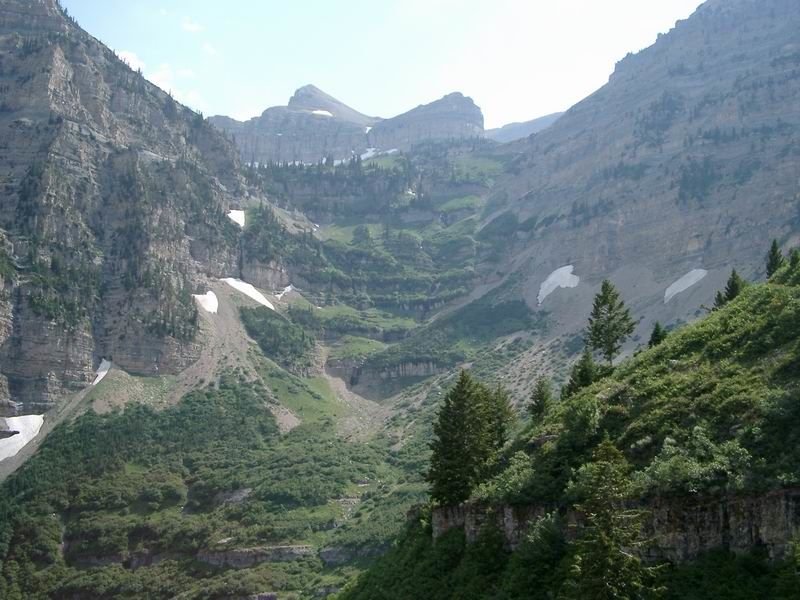 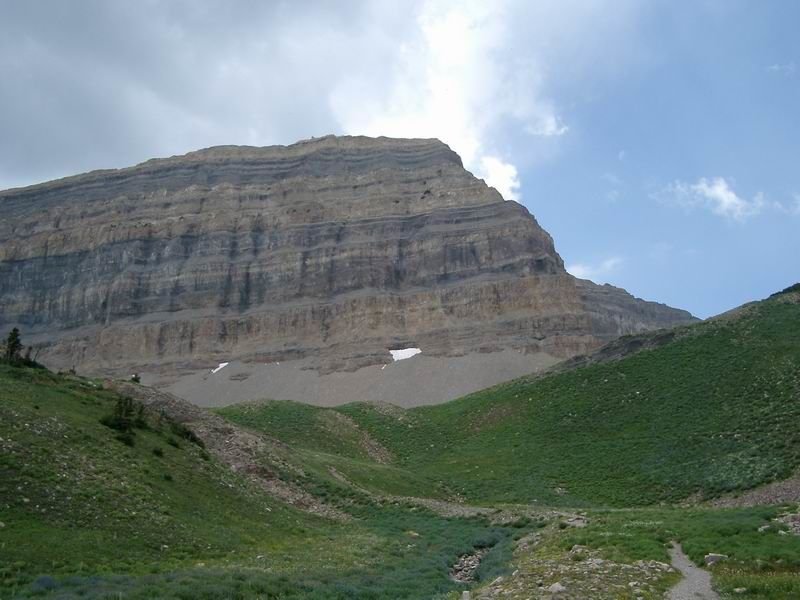 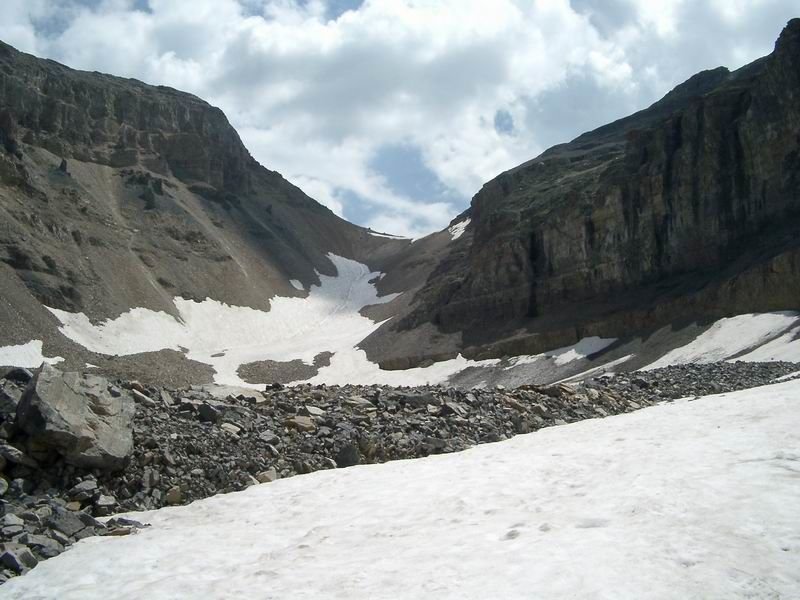 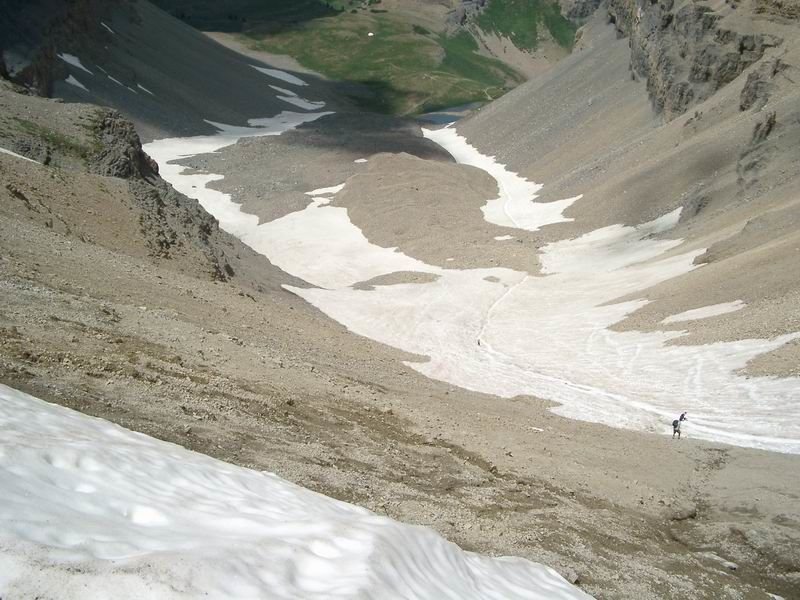 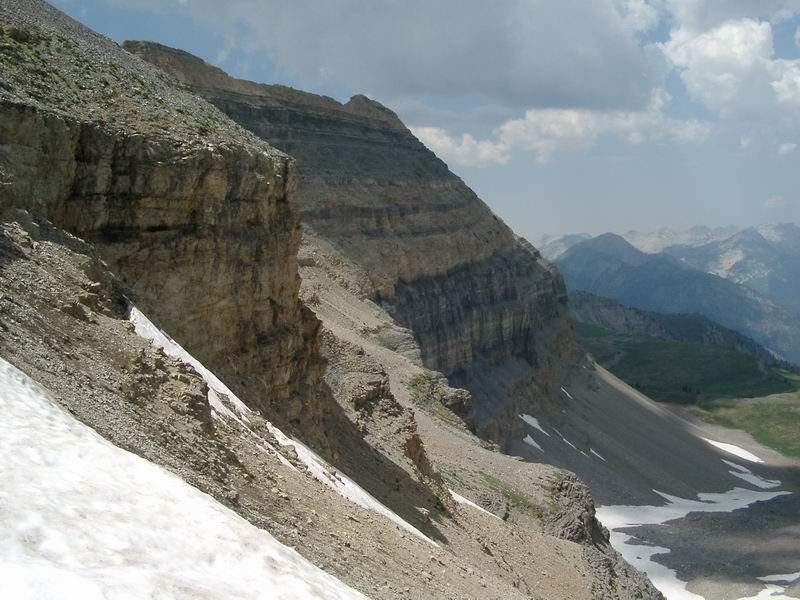 Mount Timpanogos from near Glacier Saddle. 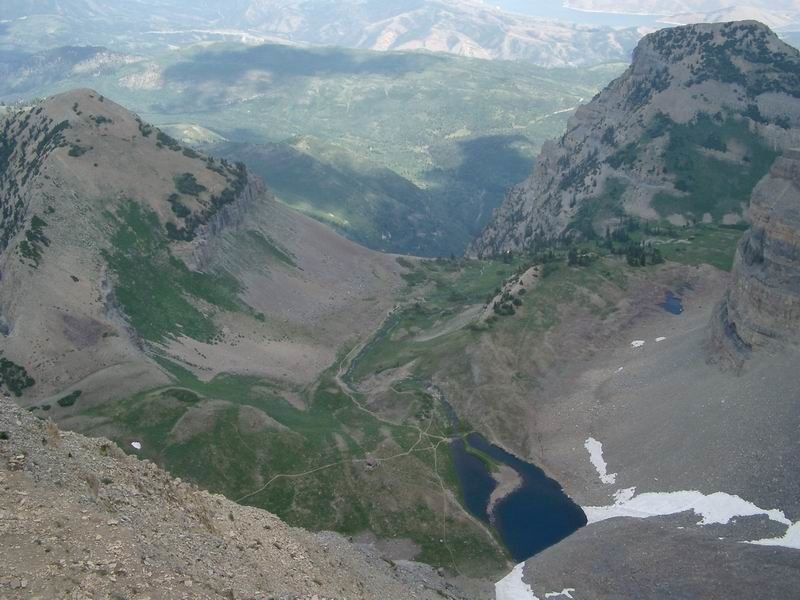 Emerald Lake from the summit. 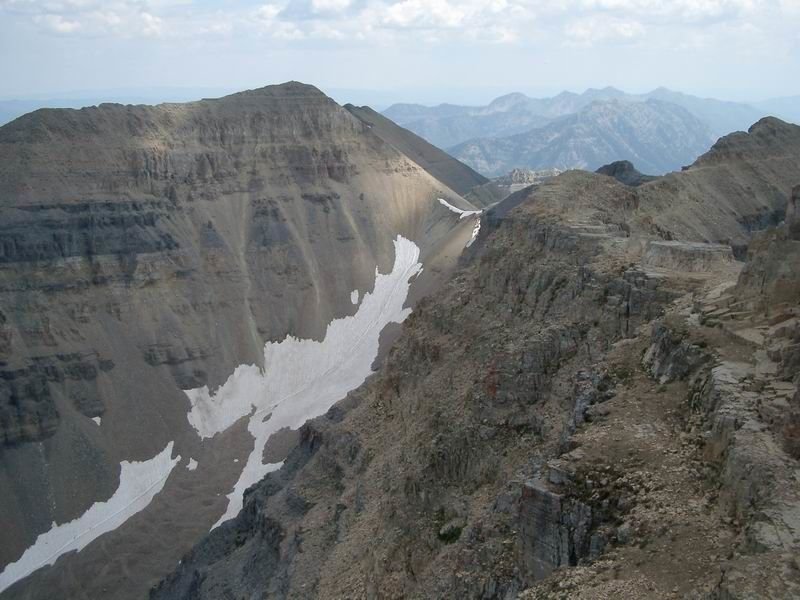 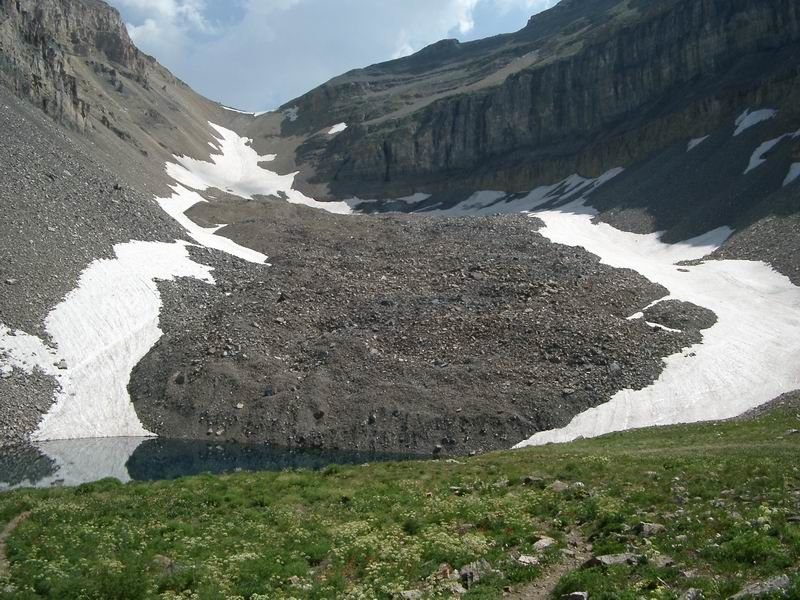 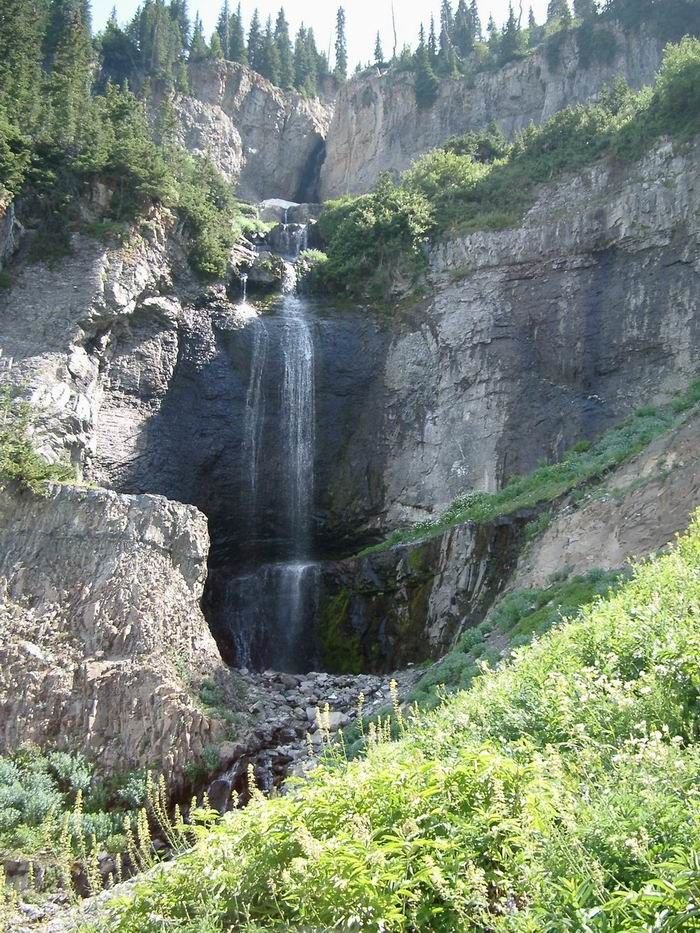