Lost River Peak is located to the east of the Mackay Reservoir.  To get the trailhead turn east off Highway 93 at milepost 115 onto Upper Creek Road.  This road is well marked with a sign.  Turn east on Upper Cedar Creek road off of Highway 93 exactly at milepost 115.  Drive 3.1 miles east and right after crossing a canal, turn left and head northwest next to the canal.  There was about a foot of water in the canal, so although a passenger car might make it, I would recommend a high clearance vehicle.  In addition, the road remained a bit rough.  After 0.1 miles next to the canal, turn right and drive 0.9 miles to the trailhead.

I didn't have real high expectations for this particular hike, which was a good thing.  As soon as I pulled off the highway on Thursday evening, I stopped to take a look at the mountain with my binoculars and immediately noticed some snow slides in the Super Gully Couloir.  Since I was alone and have limited knowledge of reading snow conditions, I decided only to go as far as I felt comfortable.  In addition, it ended up being cold and very windy.  At one point above the tree line, the water in the tube of my Camelbak bladder froze.  I hiked about halfway to the summit as I climbed for 1 hour and 45 minutes, messed around on the ridge for about 45 minutes, and then was back down in 1 hour.  It was a relatively short hike given the long drive, but it was fun to get out and scout the route to the Lost River Peak for when I return.

I scrambled around some cliffs on Thursday evening before having a couple cans of Pabst and going to bed early.  I got up at 4:45 and was hiking shortly after 5:00.  The moon was full, and I only had to use my headlamp for about a half an hour.  I was able to avoid any significant bushwhacking by staying out of the trees until 8,600'.  At this point, the trees were thin and there was little underbrush.  The snow became constant at 9,000'.  I postholed a lot and was getting frustrated.  The snow had a two inch layer of crust and then became softer underneath.  It was also crystalized and didn't appear as though it would have been very stable on a steeper incline.

Treeline is around 9,400', which is also where I got my first good view of the Super Gully Couloir.  I added a layer due to the temperature and wind.  I climbed up the ridge on open talus until it became completely snow covered.   Because of the weather I decided not to continue, so I hung out in the cold for about 45 minutes, took some photos, and returned back to my vehicle.  Anyone considering snow climbing this route should take this report for what they want.  I'm sure many people successfully summit this peak in the winter, but as a result of the weather, snow conditions, being solo, and lack of experience, I decided to come back down. 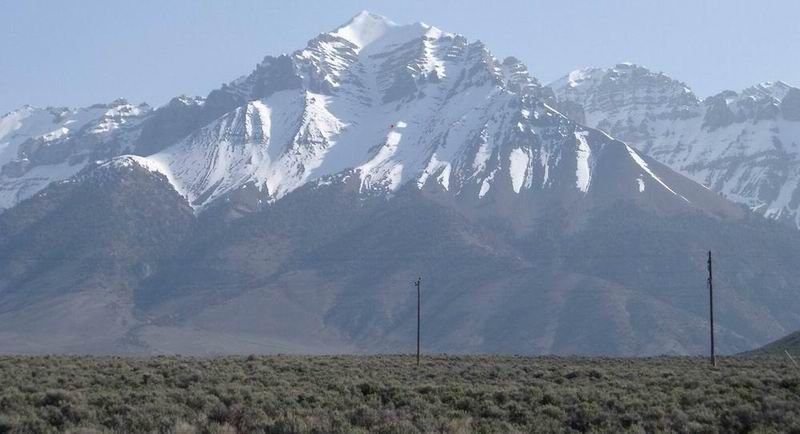 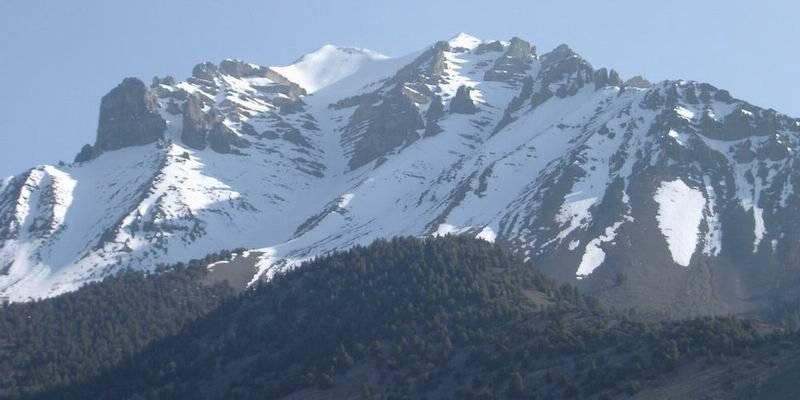 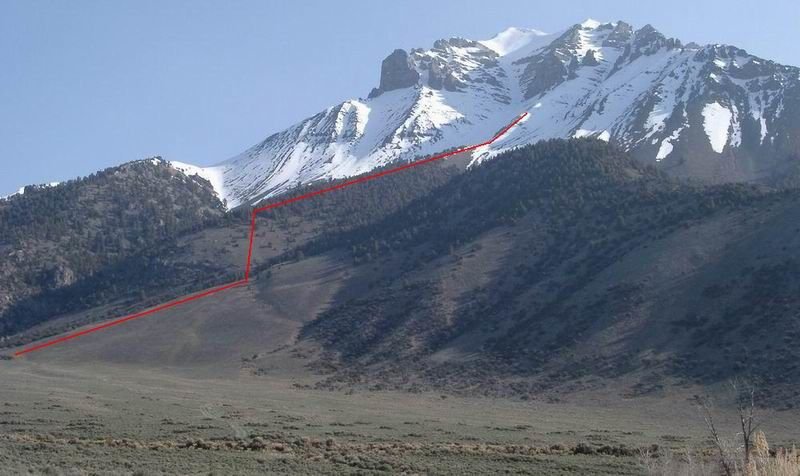 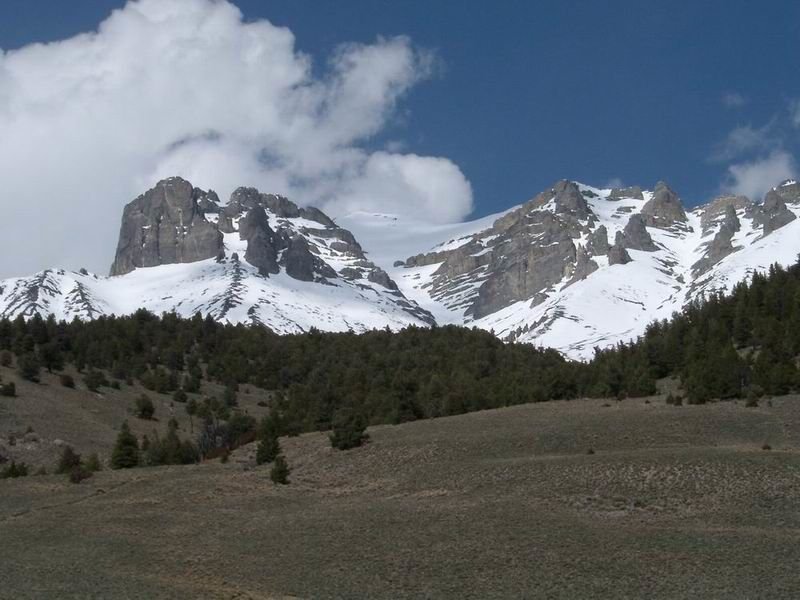 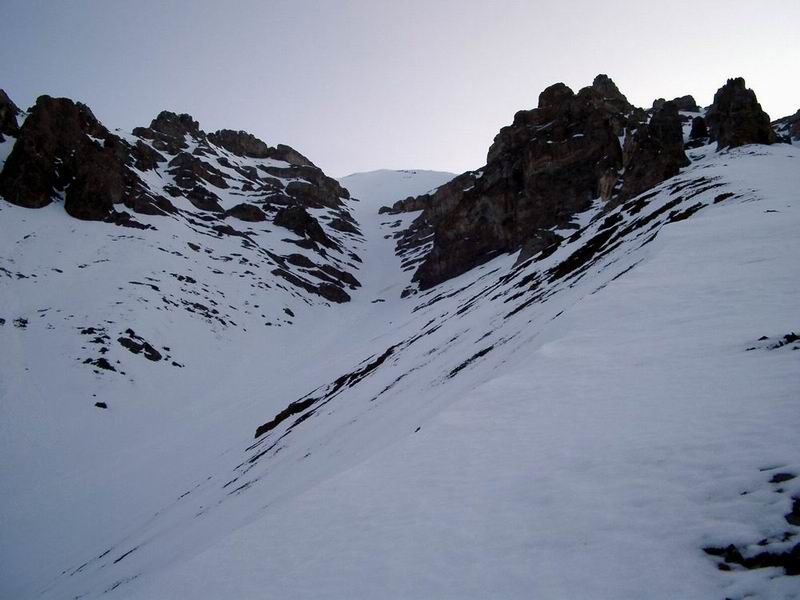 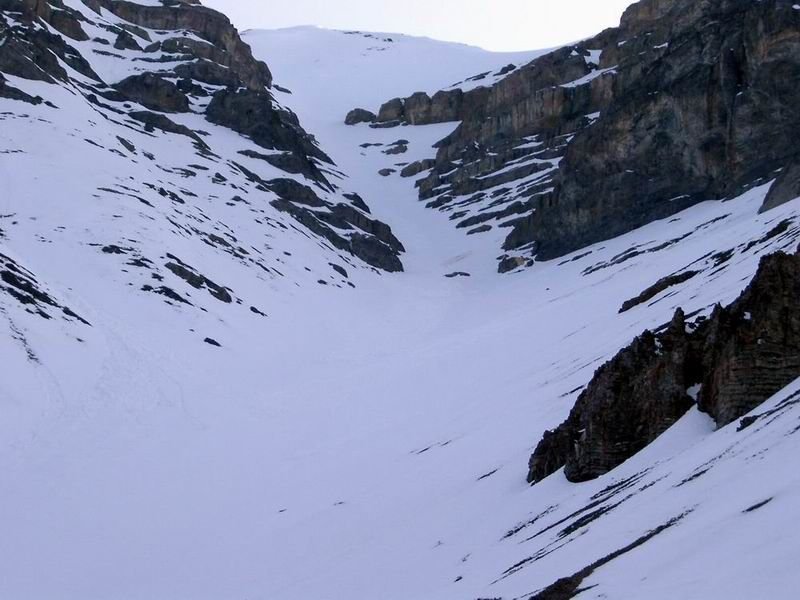 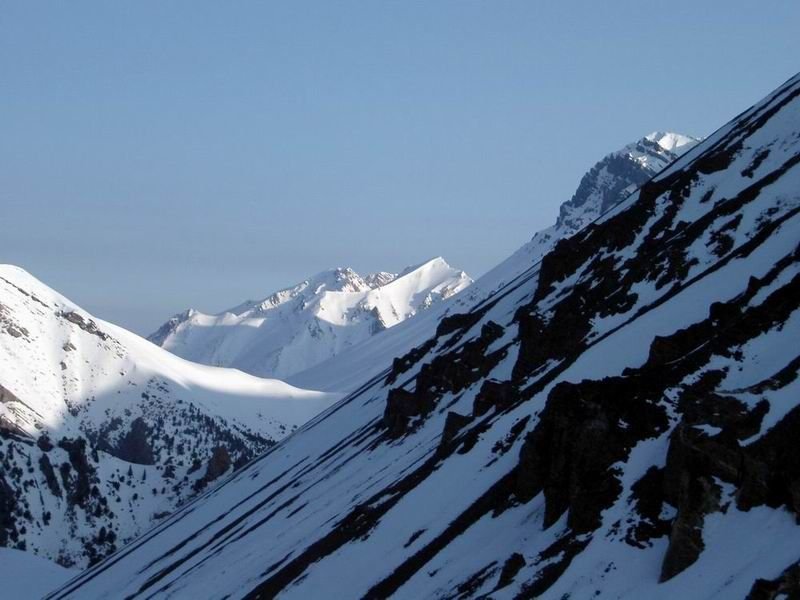 Views to the north. 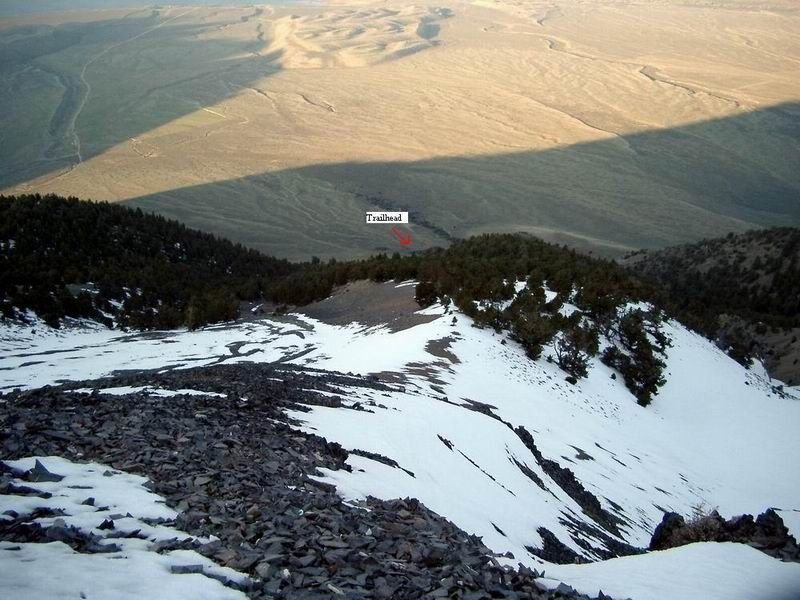 Views down to the trailhead. 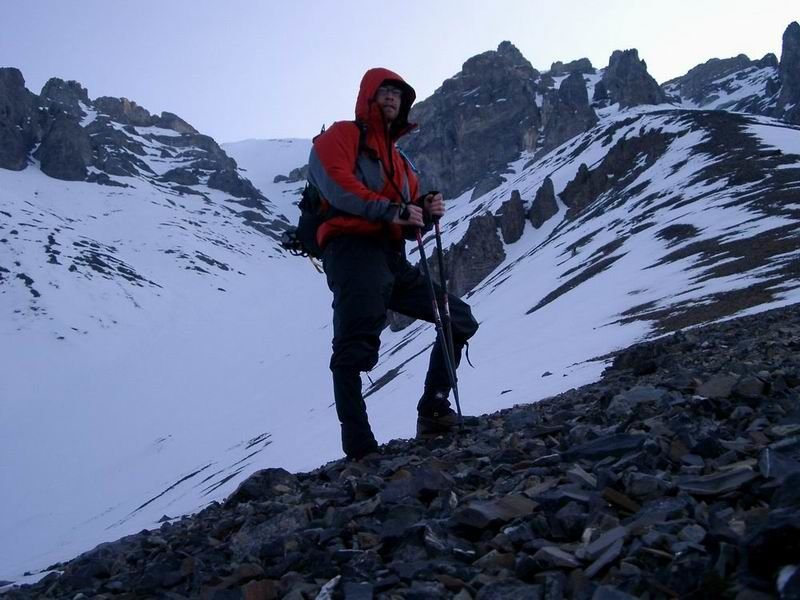