Cache Peak is the highest point in the Albion Range of south central Idaho at 10,339'.  Mount Independence is a close neighbor to the northwest at 9,950'.  I was in the area, so I took the late afternoon and evening to explore these two mountains.   I left Burley, Idaho, shortly after 2:00 and after making a right in Oakley, Idaho, I found myself switchbacking my way up to the trailhead for Independence Lakes.  Unfortunately, I got a flat tire about three miles from the start of my hike and was delayed a few minutes.  After I changed my tire I was on the trail at 4:00.

The trail to Independence Lakes is well traveled and and sees both human and horse activity.  As you can see from the statistics, the elevation gain was moderate given the distance of the hike.  After the second lake, the trail becomes faint and you simply pick your way through the rocks to the upper lakes.  Between the second and third lake I veered off to the south and reached the gully described by Tom Lopez in "Idaho:  A Climbing Guide".  At the base of the gully is where I made my first extended break in order to prepare for the push to Independence.  Gaining the ridge wasn't too difficult and the rock hopping from the saddle to the summit of Independence was very enjoyable.  The views of the chain of Independence Lakes was great.  Knowing I still had a ways to go, I dropped back down to the saddle and began to climb the northwest ridge of Cache.  This wasn't as fun as the southwest ridge of Independence due to the closely clumped trees and lack of views on the way up.  Anyway, I made it to the top of Cache and was surprised to see some prayer flags blowing in the breeze on the summit block.  The view of the Castle Rocks climbing area to the south was excellent.

I took a few photos, had a bite to eat, and decided to try and make a short loop out of the hike.  In an effort to save time, I dropped off the north face of Cache Peak towards the highest Independence Lake instead of taking the ridge back down.  I descended next to the large gully that cuts the north face of the peak.  I got hung up a couple of times, but generally didn't have too much difficulty finding an adequately safe route.  From the lakes, I picked up the trail and headed back out.  It took me two hours and five minutes to get from the trailhead to Mount Independence.  I spent five minutes on Mount Independence and then took 50 minutes to get from there to Cache Peak.  I spent 15 minutes on top of Cache Peak.  I made it from Cache Peak to the trailhead in 1 hour and 40 minutes.  I was basically out from 4:00 to 9:00 pm and back in Twin Falls, Idaho, fairly late. 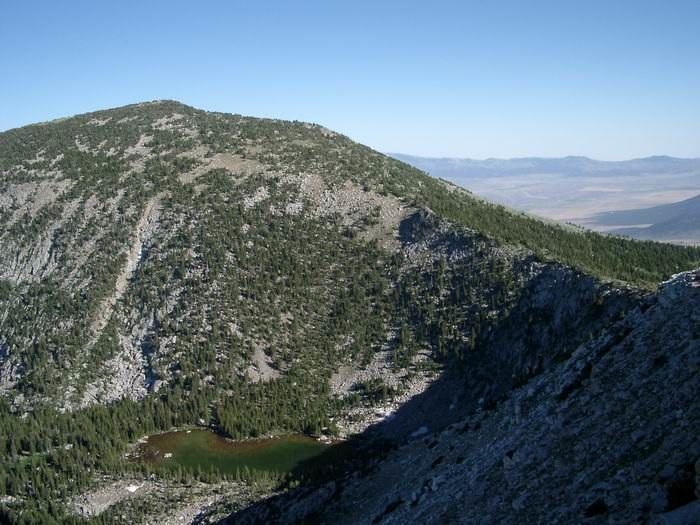 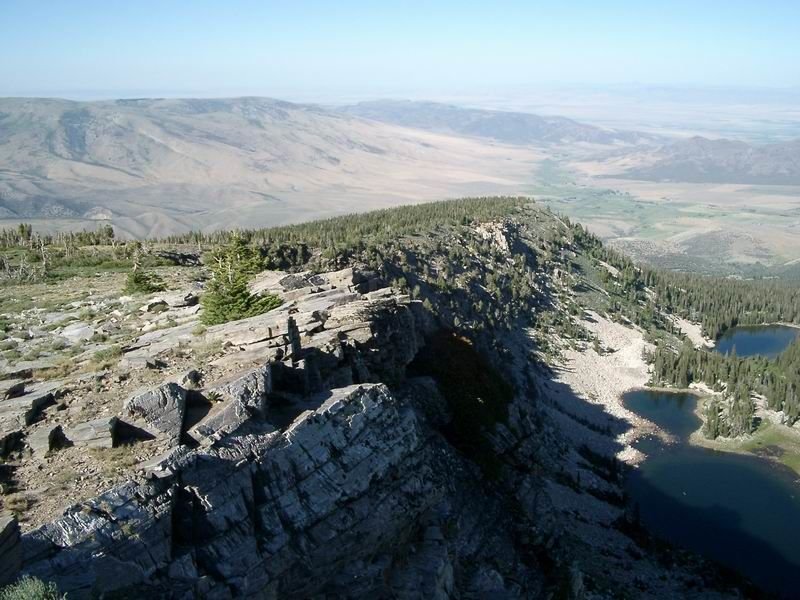 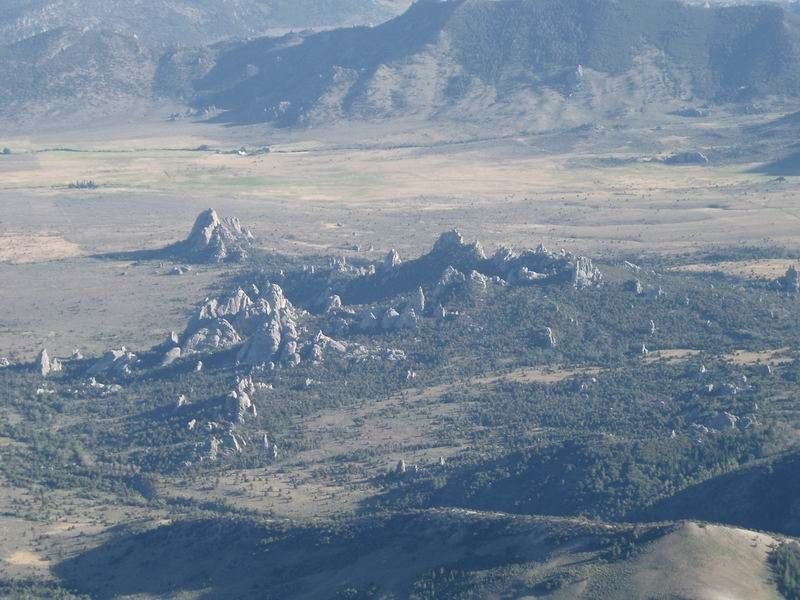 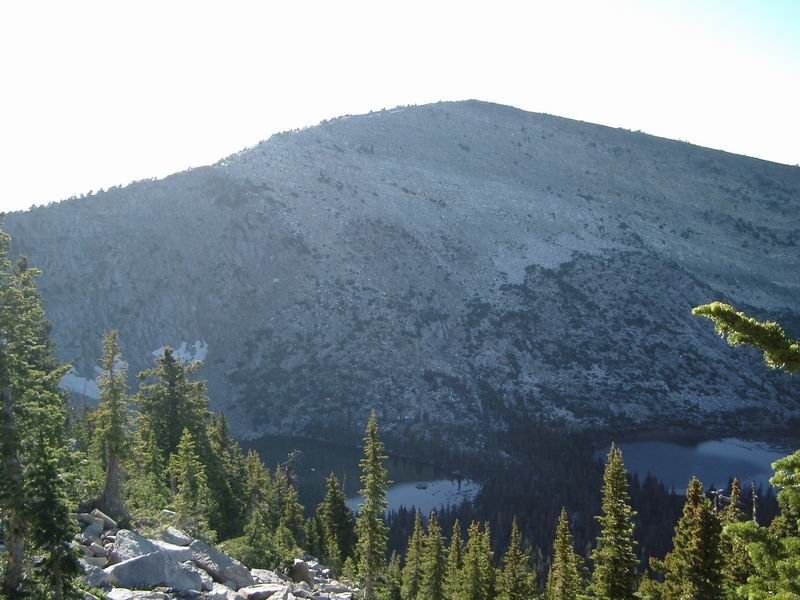