One of the stops on our vacation to the Oregon Coast was Mount St. Helens.  I applied for my permit to climb it way back in February and have been anticipating the hike all summer long.  My wait was well worth it as I had a perfect day to reach the summit and peer down into an active volcano.  From the elevation gain, you can see that it was a very strenuous hike that headed relentlessly up Monitor Ridge on the south side of Mount St. Helens to the crater rim.

On the morning of May 18, 1980, Mount St. Helens erupted and leveled the north side of the mountain killing 57 people.  Contrary to popular belief, most of these people were outside of the "Red Zone" that was established by authorities as off limits.  Experts had no idea the mountain was going to erupt sideways expanding the blast area greatly.  The people who died inside the Red Zone were scientists and a few uncooperative individuals who refused to leave.

Going from 9,677' before the blast to 8,365' after the eruption, the mountain lost 1,312' feet in elevation and completely emptied Spirit Lake to the north.  All of the logs and debris that filled Spirit Lake have finally sank to the bottom, and the lake is on its way to a full recovery.  From Mount St. Helens rim, I looked 2,000' down to the crater floor and also had clear views of the steaming lava dome, which has already grown 800' in the 20 years since the eruption.  Over the next hundreds of years, that dome will eventually become the top of Mt. St. Helens until it erupts once again.

Although very devastating, Mount St. Helens eruption was very small in terms of what volcanoes can do.  Even the 1991 eruption of Mt. Pinatubo in the Philippines was ten times larger that Mt. St. Helens.  The largest historic eruption in the world was recorded in Indonesia in 1815 when Tambora blew its top.  This volcanoes force was over 100 times greater that Mount St. Helens.

Mount St. Helens is located approximately 45 miles east of Woodland, Washington, in the Gifford Pinchot National Forest.  Access to Monitor Ridge and the climbing route to the summit begins from the Climber's Bivouac trailhead on the Ptarmigan Trail.  All people must have a climbing permit displayed to be above 4,800'.  Although considered a non-technical class 2 scramble, be prepared to use your hands through the blocky lava flows, and expect a hard day of work.

Rebecca, Taylor, and I stayed at Cougar Campground the night before and awoke shortly after 6:00.  We broke camp and Becky drove me to the trailhead at Climber's Bivouac. I hit the trail at 7:15 and for the first 2 miles had a very easy stroll gaining only 1,100' walking through the forested section of the trail.  At 4,800' I was out of the woods and the fun began.  Breaking though the timberline, I began following the large wooden posts that had been established to guide hikers to the top.  There was not really a trail as you simply scrambled from one post to the next picking your way through the rocks.

I passed up a few hikers that had started earlier than myself and felt as though I was making pretty good time.  I took several short breaks in order to preserve energy.  My goal was to make it to the next post take a break and then continue on.  In addition to the posts, there was also almost 100 other people on the trail, which is the maximum allowed each day so following others was also very easy.  At 7,000' the large wooden posts had disappeared, and it was very obvious where you needed to hike with only about 1,300' left.  Once you clear the lava flows, the trail turns into sandy ash and pumice.   Fortunately there was a little rain on the previous day which helped solidify the ash and make climbing somewhat easier.

I made it to the summit in 3.5 hours with a perfectly clear sky and beautiful views.  To the south you could see Mount Hood and Mount Jefferson in Oregon.  To the east was Mount Adams, and of course to the north was Mount Rainier at over 14,000'.  I stayed on the top for one hour taking in the views, looking at the volcano and surrounding landscapes, and then decided to head back down.  I was back to the trailhead in 2 hours and 15 minutes, but it was still a difficult decent.  Scrambling down the rocks is almost as hard as climbing.  You are constantly putting on the breaks and holding yourself back, which stresses your thighs.  Once back at the trailhead, I finished taking some photos and video of Mount St. Helens from the bottom and waited for Rebecca to pick me up.  This was one of the most extraordinary hikes that I have done in my few years on the trail and am extremely grateful to have visited the area. 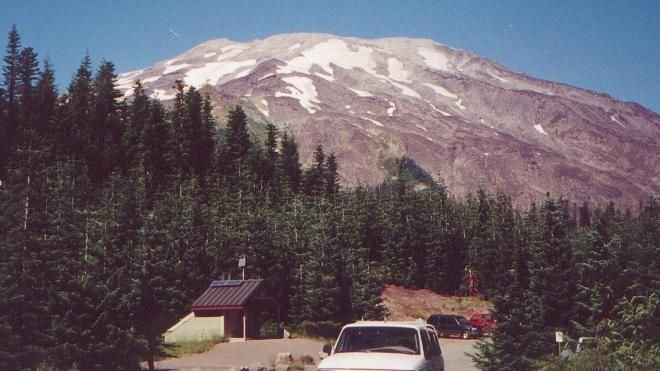 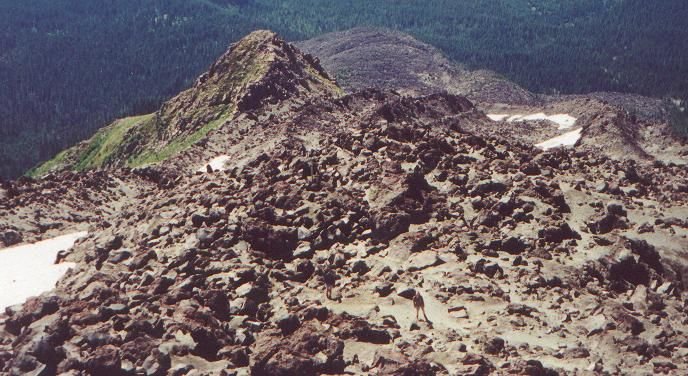 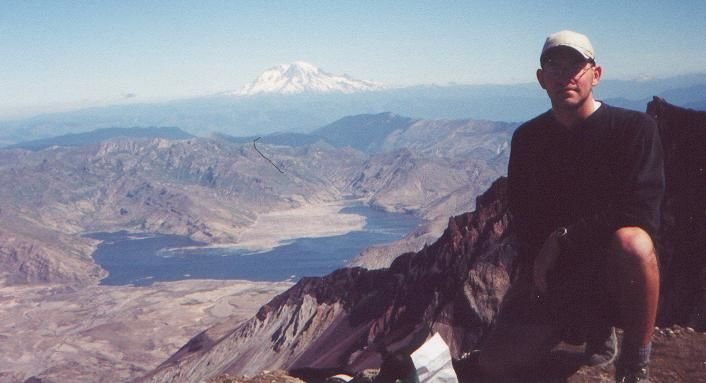 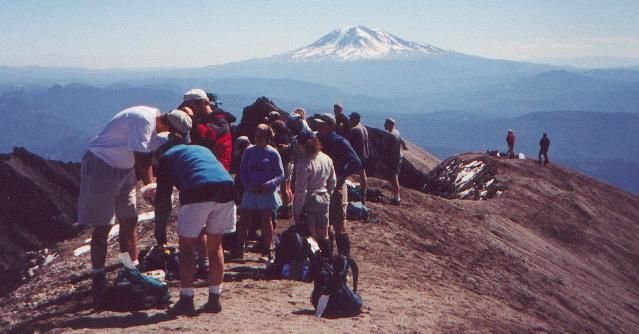 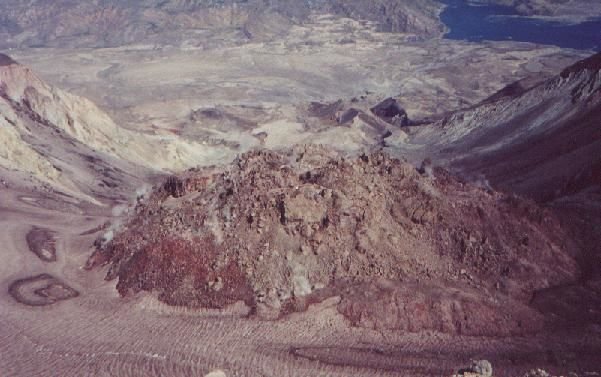