This trip report was supposed to be titled "Twin Peaks", but had to renamed it "Bee Hive Lakes (2)" because I never made it to the summit of the Twin Peaks.  I made it to a saddle at 7,030', about 600' below the taller of the two Twin Peaks at 7,599'.   I was a little discouraged at not making it to the top, but weather, time, and experience limited me from reaching the summit.  The weather wasn't cooperating the greatest, and some backpackers that I talked to at upper Bee Hive Lake actually said they got about two inches of snow the previous night.  As a result, this was my first hike in the snow this fall, so boulder hopping and footing becomes much more difficult on wet and icy rocks.  Next, I didn't hit the trail until 1:00 p.m.  This is a very rare time for me to hike as I usually go early in the morning, but anyway I was running a little short on time.  Finally, I approached the Twin Peak from the wrong side, and when I reached the saddle I realized that it was much steeper than first perceived.  Since I really have no technical climbing experience, I thought it would be pretty stupid to forge on and risk injuring myself.  I think that coming up from the east side would have been a much better route after looking at the mountain again when I climbed down.

The Twin Peaks are located north of Sandpoint, Idaho, with access from the Pack River Road.   I actually used the trail that leads to Bee Hive Lakes to get close to the peaks.  It has been two years since I was on this particular trail, so I thought it would be a good one to revisit and try and scramble beyond the lake.  There were a lot of downed logs on the path, and it seemed extremely overgrown in some sections.  Although I didn't reach my goal, I did get above 7,000' again and the views were still spectacular.  Seeing Bee Hive Lake from above was beautiful, and the opposite side of the saddle I was on dropped at least 1,000' straight down.  Unless you studied a map a lot, this is something that you would never know from just hiking to the lake. 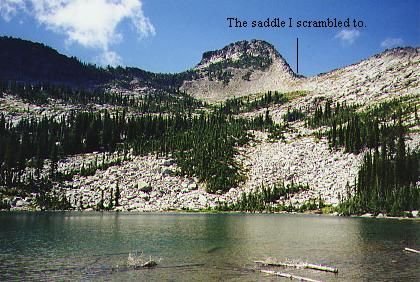 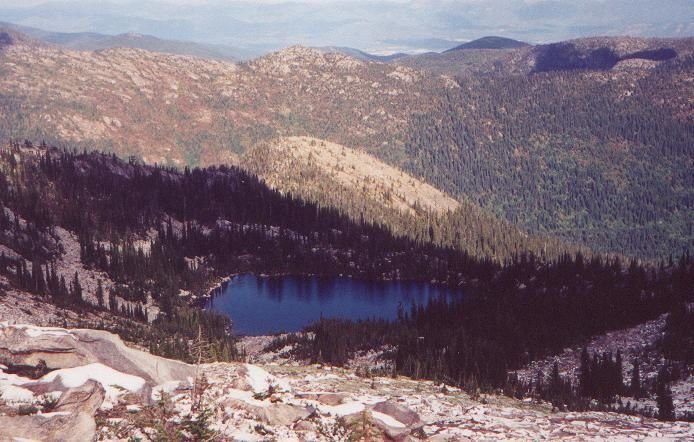