We decided to start out 1999 by trying our luck with Harrison Lake again.  We didn't quite make it to the lake last year, so we were more determined after that hike.  The enthusiasm didn't last too long when we almost got stuck in the snow three or four times on the way up Pack River Road.  The Trooper did well, but when the four-wheeling got a bit out of hand, we opted to park and make the hike longer rather than getting stuck.

The trail was snow covered from the start, but for the first two to three miles, you could still see it every now and then.  After a while, the snow was too deep to clearly see the trail.  We went up one ridge, down another, through trees, and around rocks with no success in locating the lake.  After wandering around too much, we just started climbing, and when we finally got to a clearing, we both peered down into a bowl and simultaneously picked out Harrison Lake.  It was still completely frozen over with no open water.

We finally made it to Harrison Lake, and ate some lunch, rested a bit, and took some photos.  It is hard to judge the difficulty considering the conditions we hiked it in, but I think it would have been moderate.  We hung out for a while and then the fun began as Payton, Brendon, and I glissaded back down to the trailhead.  On the drive back to town, a family was stuck in one of the locations we drove through.  We hooked a tow rope up to the Trooper and pulled them out. 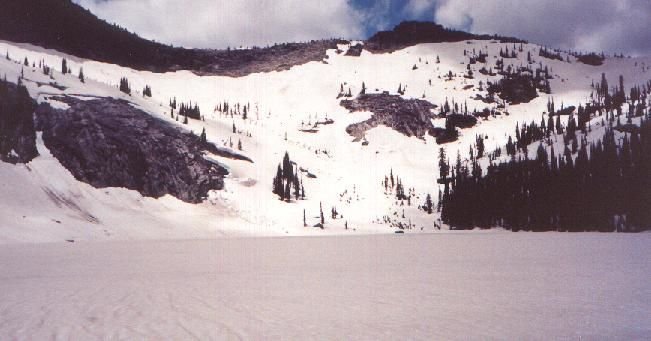 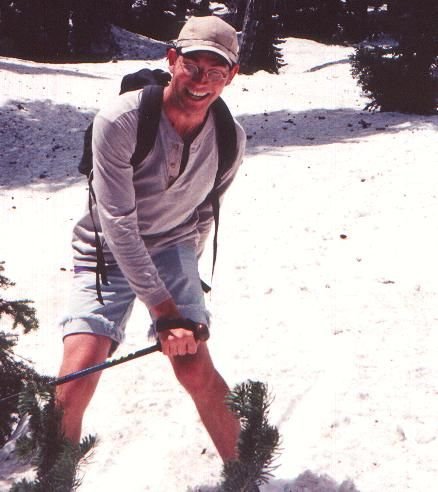