Scott, Jeff, and I left Denver, Colorado, at 3:00 and were hiking from the Bear Lake Trailhead in Rocky Mountain National Park shortly after 5:00.  The approach to Emerald Lake and the base of Dragons Tail and Dragons Tooth Couloirs took only 50 minutes.  Jeff and I climbed Dragons Tail a couple of years ago and were returning for Dragons Tooth.  Scott was interested in getting out and decided to join us.  My blood sugar level was low and Scott needed to adjust his crampons, so we actually spent 30 minutes at the base of the climb as I recovered before heading up the couloir.  The snow was generally neve conditions with a few sections that softened up near the top.  There was a fairly large melted out section of the climb before the crux rock step.

As we approached the chock stone crux, it looked fairly intimidating.  We ended up climbing underneath the the right side of the boulder into a small cave.  We then stemmed up the chimney inside the cave to pop out on top of the boulder.  Once I got above the huge chock stone, I yelled down to Scott and Jeff that I was clear and this alternative was climbable.  It was narrow and slightly difficult to negotiate with a pack, but all three of us squirmed through the cave and and up the chimney safely.  We finished the snow climb and decided to make the hike across Flattop Mountain's plateau to tag the actual summit.  We returned down the Flattop Trail after another 30 minute break and completed the hike in 5 hours and 50 minutes.  After pizza in Estes Park, we went to Boulder Canyon and climbed Young and the Rackless. 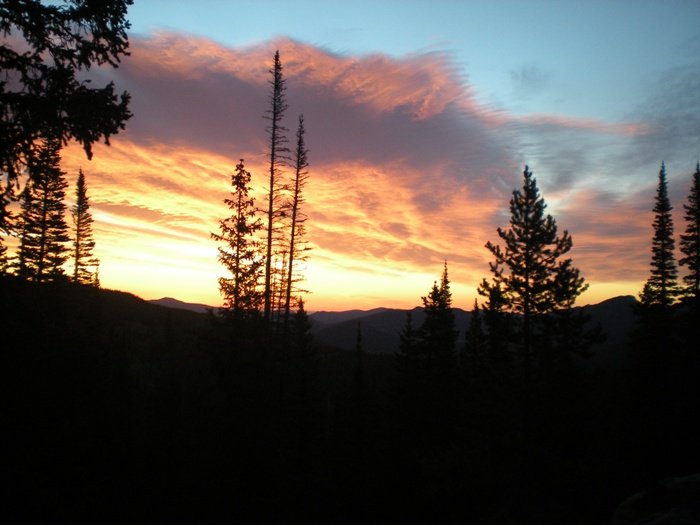 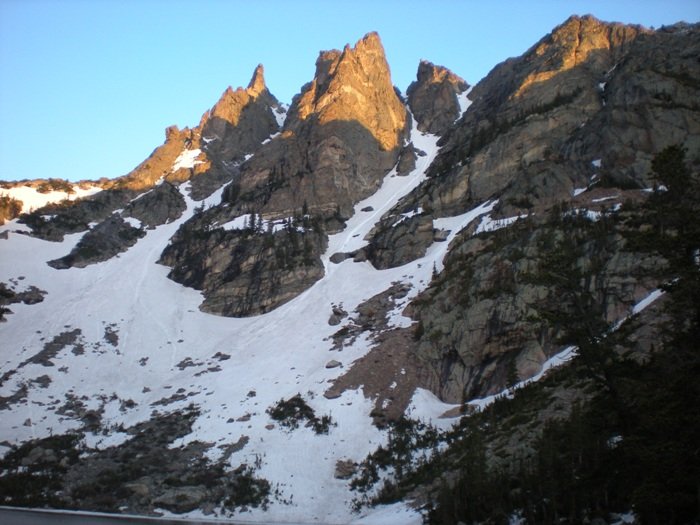 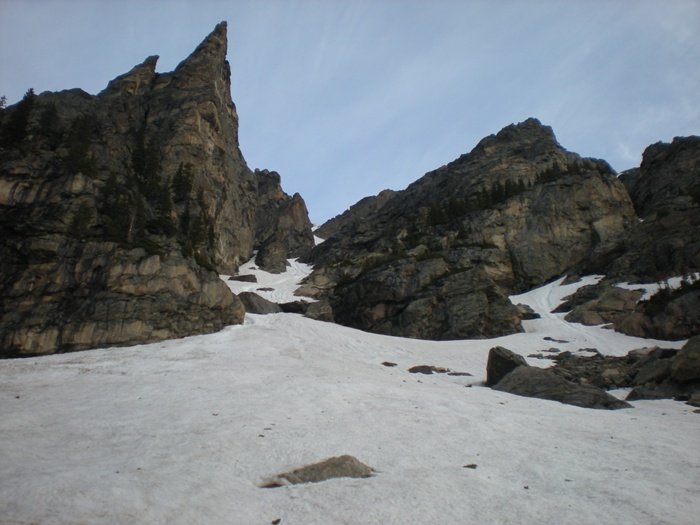 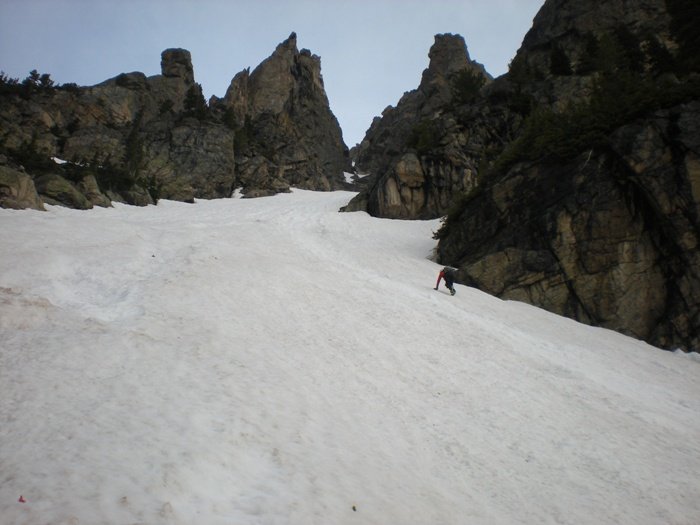 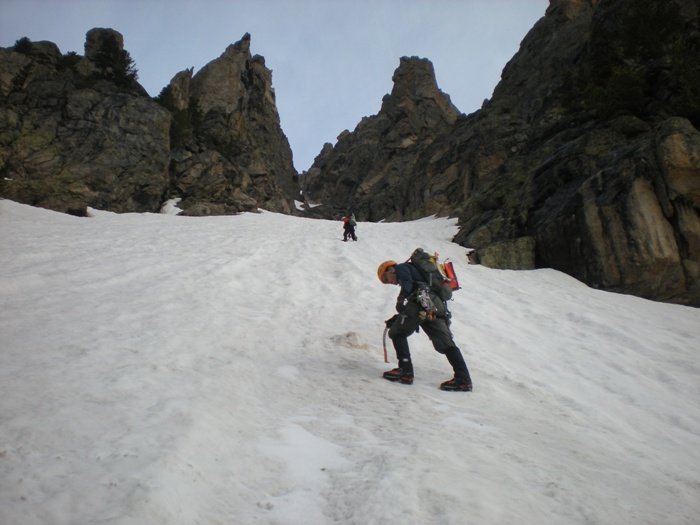 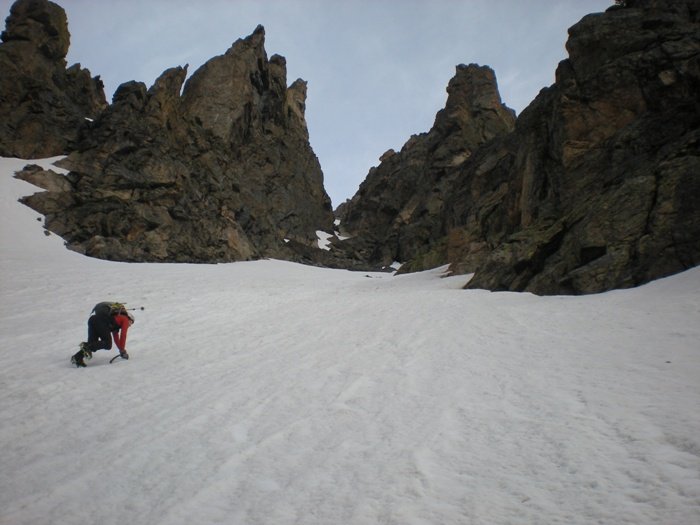 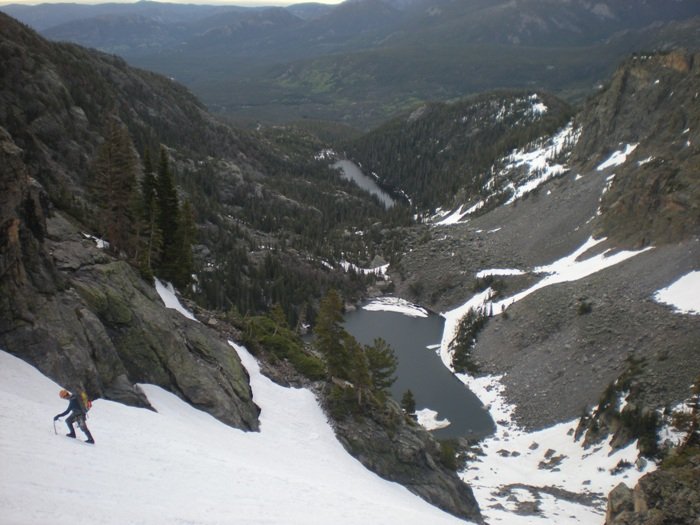 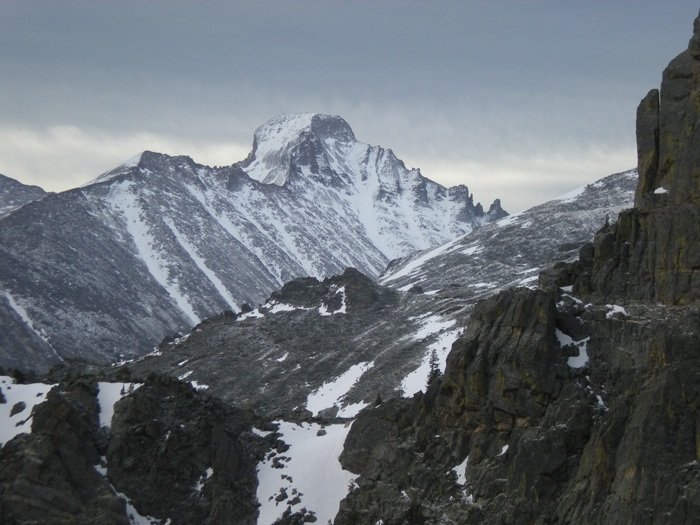 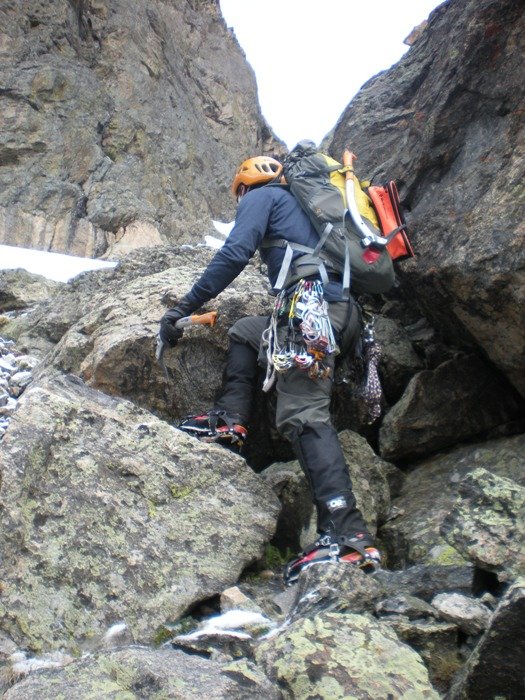 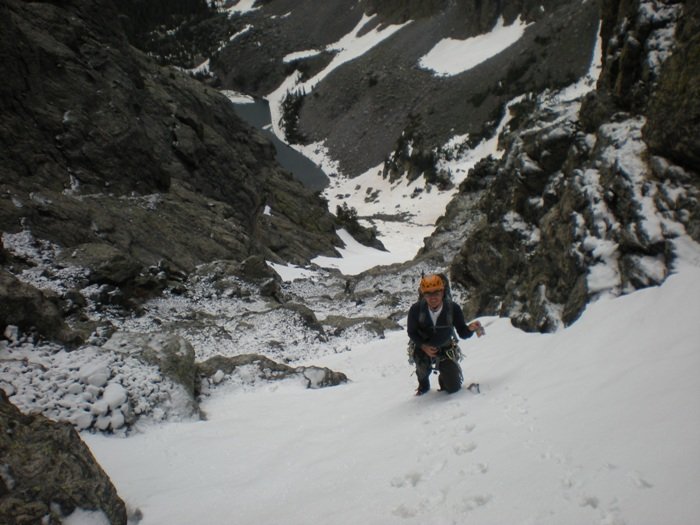 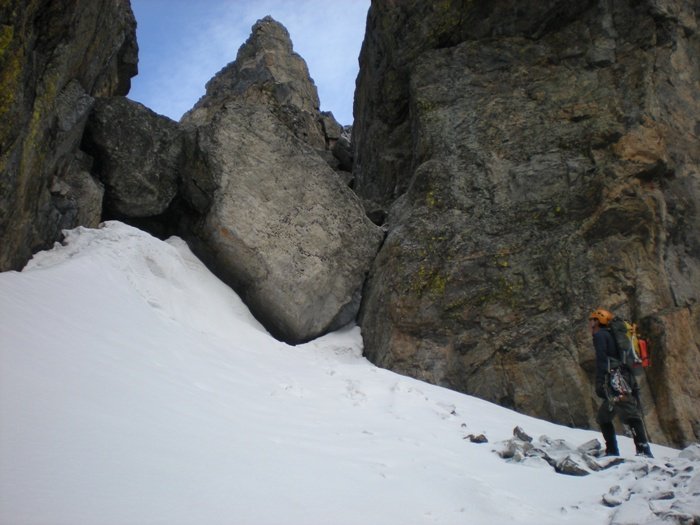 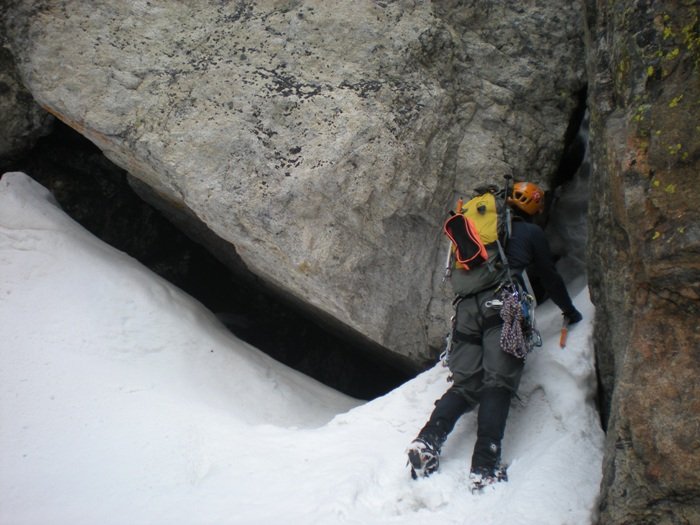 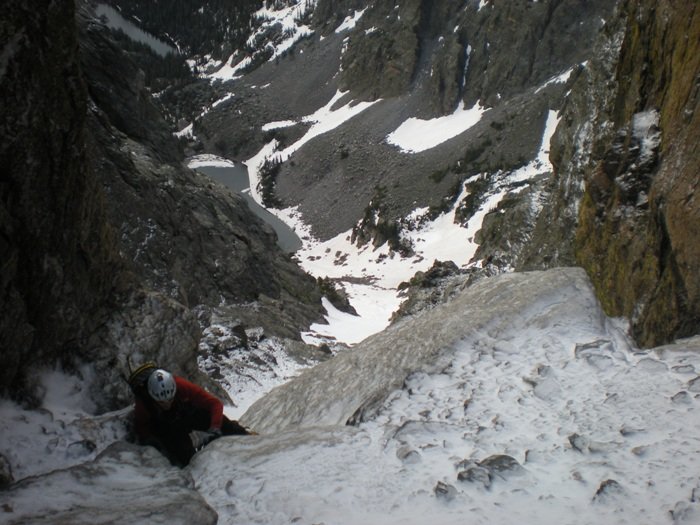 Scott exiting the hole above the boulder. 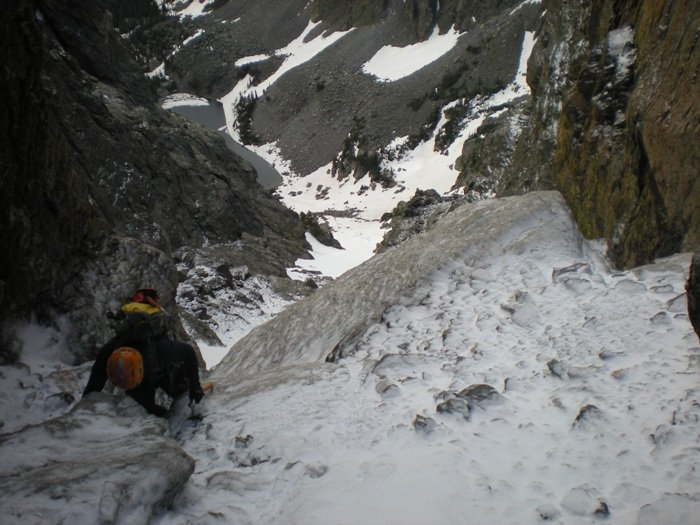 Jeff finishing the crux of the couloir. 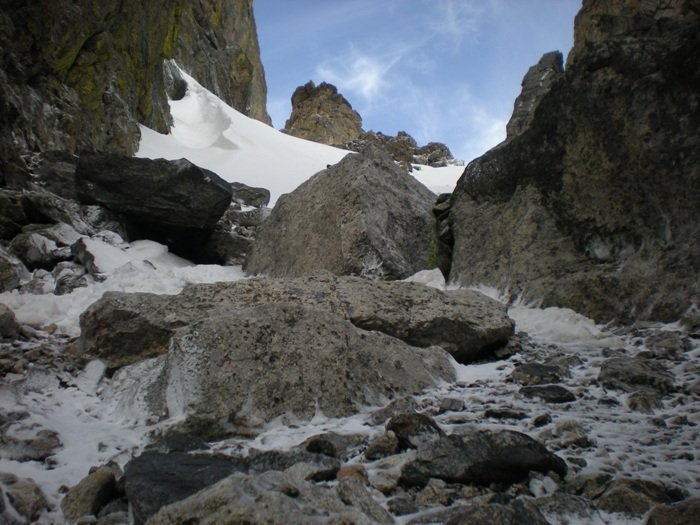 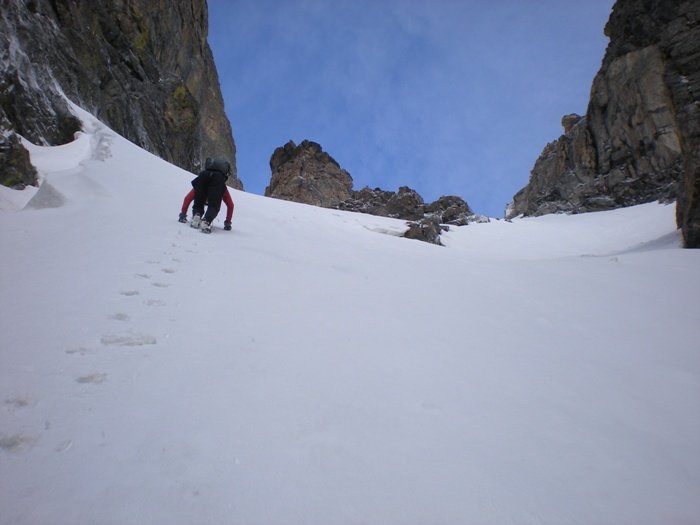 Scott kicking steps back in the snow. 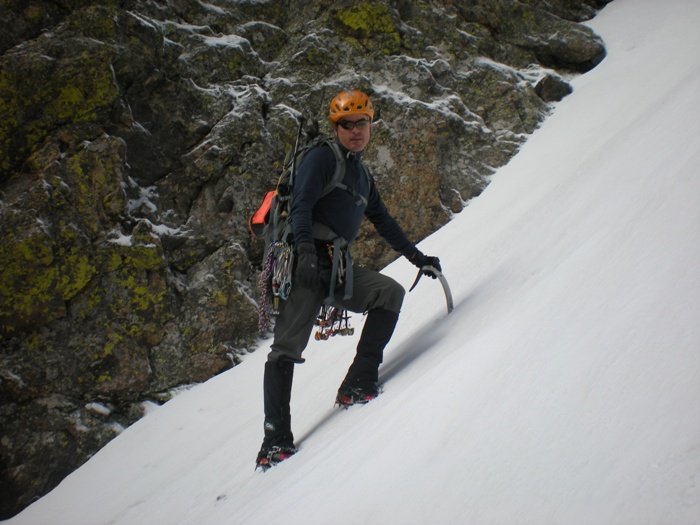 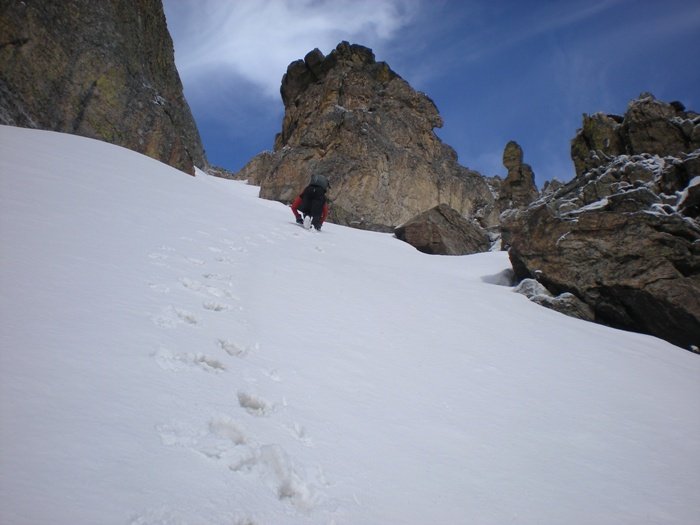 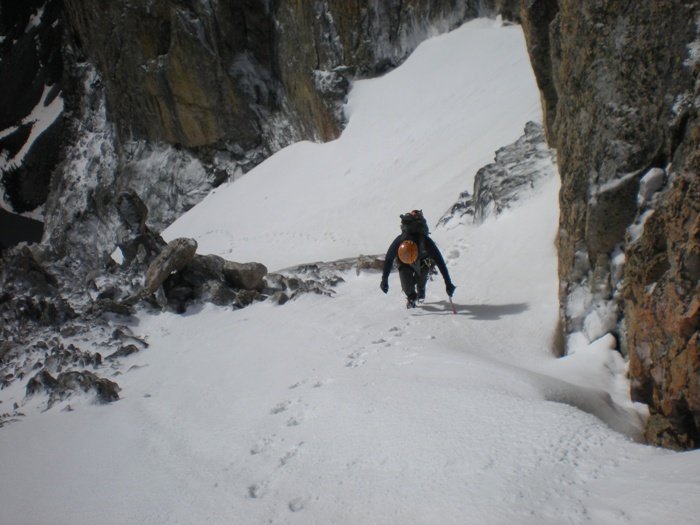 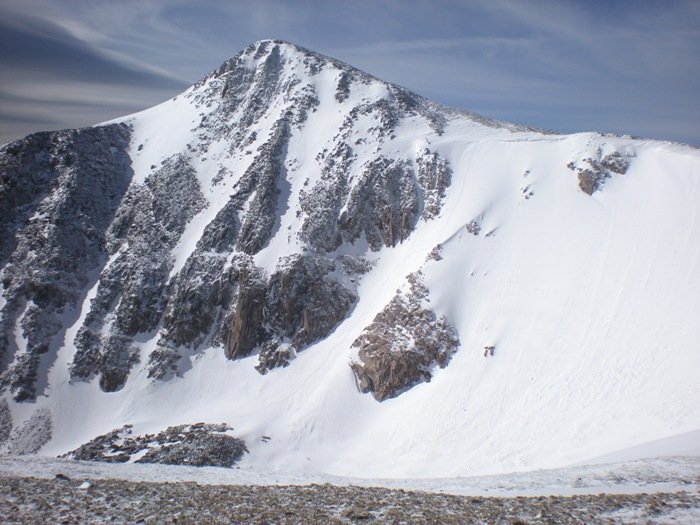 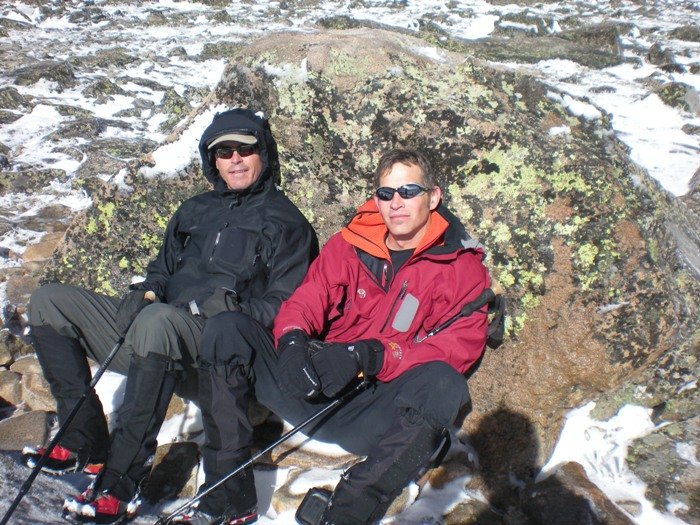 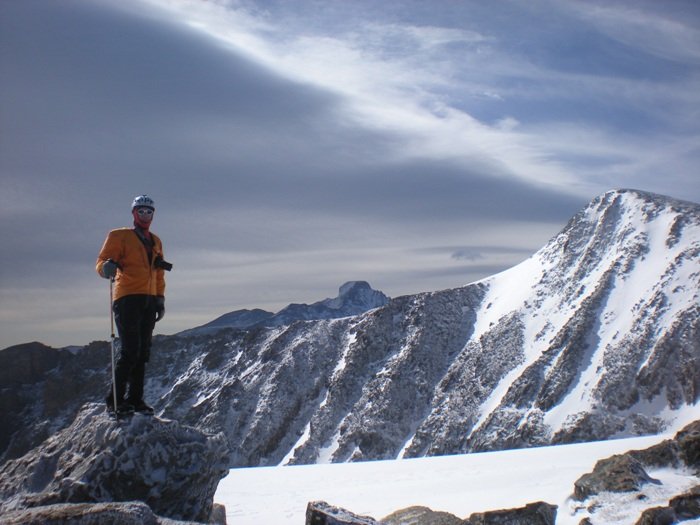