There wasn't much going on at work, but I didn't want to drive too far for a hike, so I went to Mount Bethel and Pettingell Peak near Loveland Pass.  I had already hiked many of the peaks in the area including Citadel, Machebeuf, Woods, Parnasus, and Bard.  Instead of starting up the Herman Gulch trail, I decided just to scramble up the Interstate Gully on Mount Bethel.  This is the prominent couloir on the southeast side of mountain that is visible from I-70.  I made a couple of mistakes on this hike that only cost me a little time.  As I started up the on-ramp, I noticed a no hitchhiking sign so I quickly jumped in the trees and started an ascending traverse to the Interstate Gully.  When I finally popped out of the trees into the gully I had already gained about 800' and didn't realize I was in the right fork of the gully which isn't the main branch.  I didn't even know there were two branches, so I simply continued up to the base of a large cliff band.

I took a break here and surveyed the scrambling above me.  It looked more difficult than I anticipated or remember seeing from the road.  Traversing further to the left into the main gully didn't look like an option from my vantage point.  So I picked a line and began working my way up to cliff band to what I thought was the main gully.  The rock was loose, rotten, and chossy.  I sent some huge boulders down and every other hold I grabbed or stepped on came off.  The scrambling wasn't that steep, but the bad rock made it more difficult.  I made it to the top of the cliff band and thought I was near the summit when I finally traversed left and saw the primary Interstate Gully that looked pretty mellow.  I got back into the main gully and finished the scramble to the summit which still included some fun class 3 terrain.

I reached the top in 1 hour and 50 minutes.  From the summit, I started west on the ridge towards The Citadel.  I had already climbed this peak and didn't even think about brining a harness and rope to complete the Citadel/Pettingell traverse.  In hindsight, I should have added the weight and did the rappel.  Instead, when I got to the low point of the ridge, I continued down to about 12,000' and cut across Herman Gulch below the northeast side of The Citadel to the Citadel/Pettingell saddle.  From here I simply scrambled to the summit of Pettingell Peak.  I watched hikers throughout the day heading up and down Herman Gulch to Herman Lake.

I went down the east ridge of Pettingell Peak because a route description indicated it was class 3 so I wanted to make a loop around the basin.  The ridge was pretty easy so when I got north of Herman Lake, I dropped south to the lake and the trail down Herman Gulch.  This was my second mistake of the day.  You should either come down the south slopes of Pettingell or continue all the way down the ridge to and pick up the trail east of Herman Lake.  The descent was loose and moderately steep making it somewhat unpleasant.  I caught a short glissade on a snowfield above the lake and then hiked the trail back to the Herman Gulch trailhead.  It was a 7 hour day car-to-car. 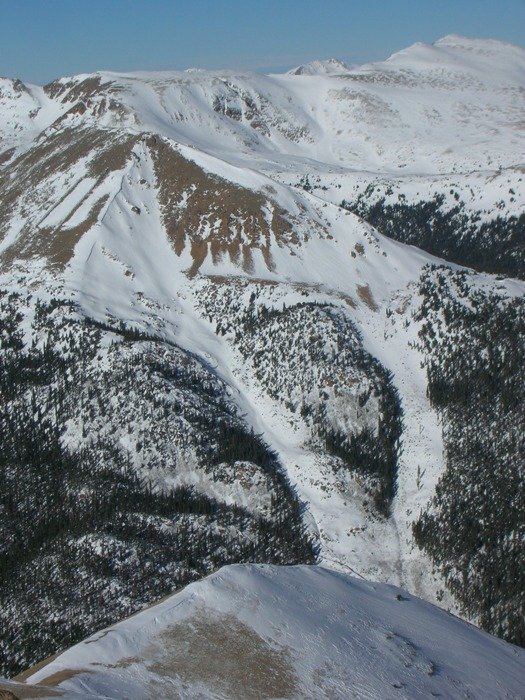 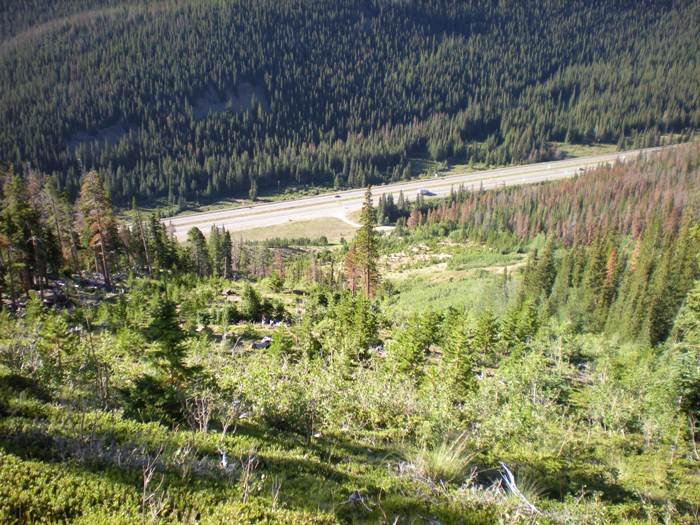 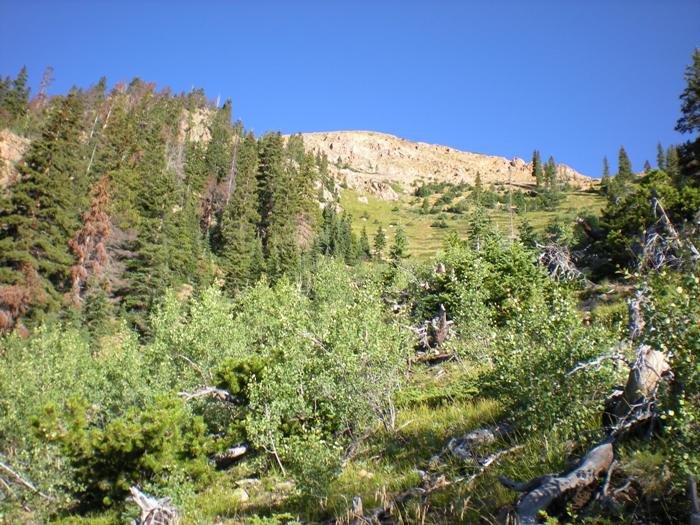 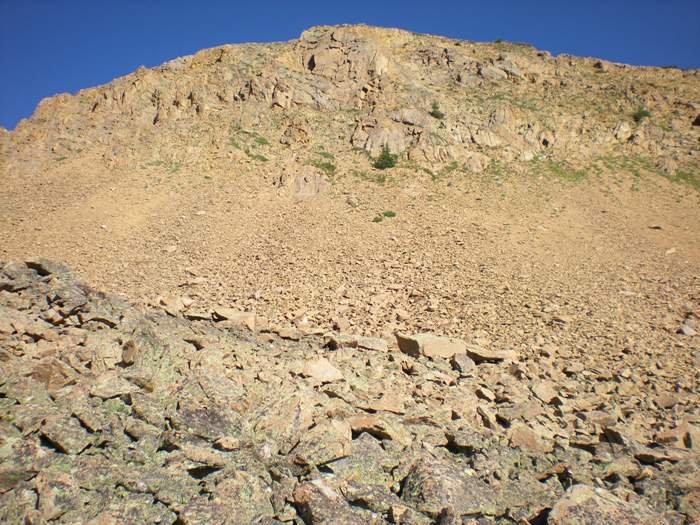 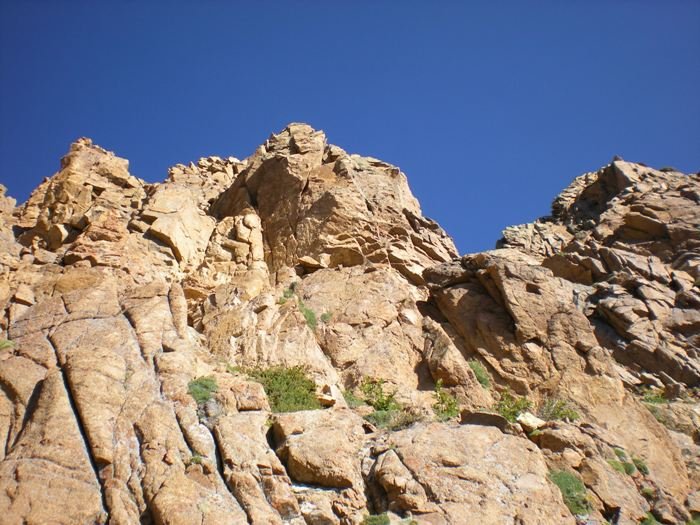 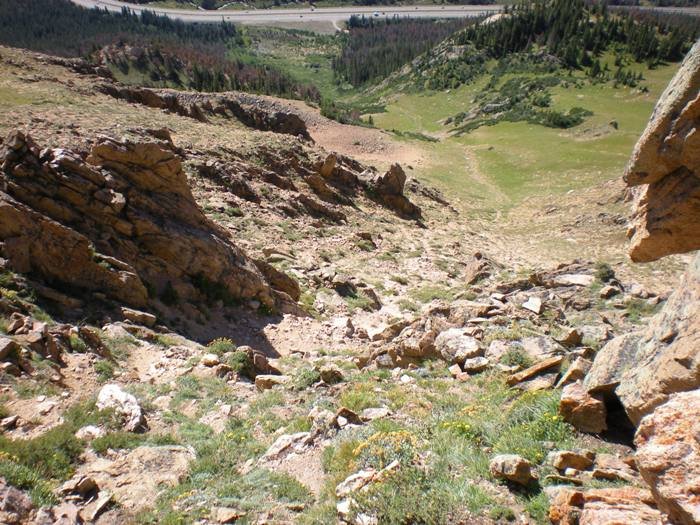 Looking down the main gully from near the summit. 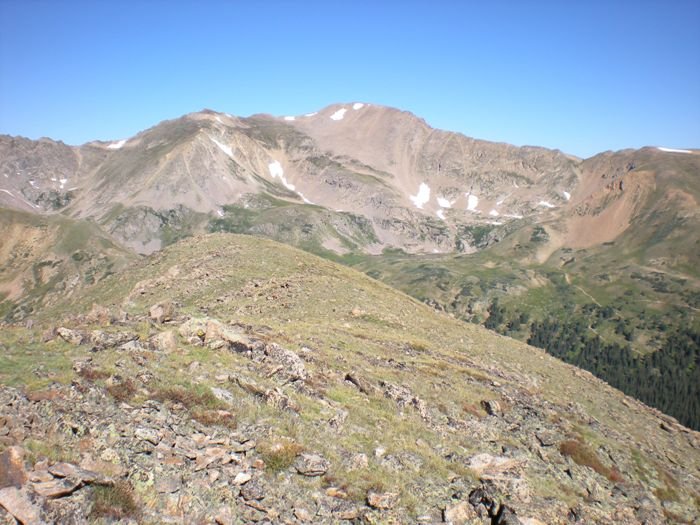 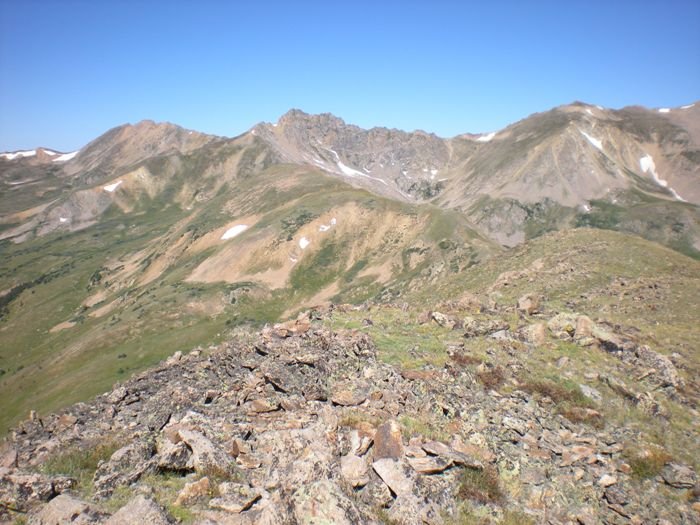 The Citadel from Mount Bethel 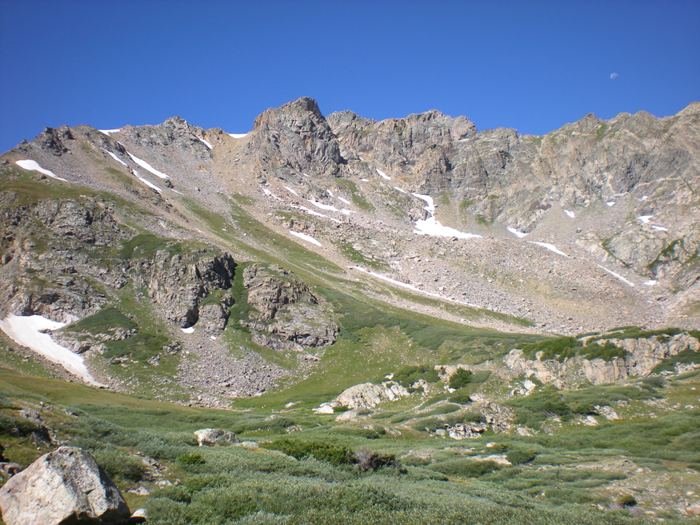 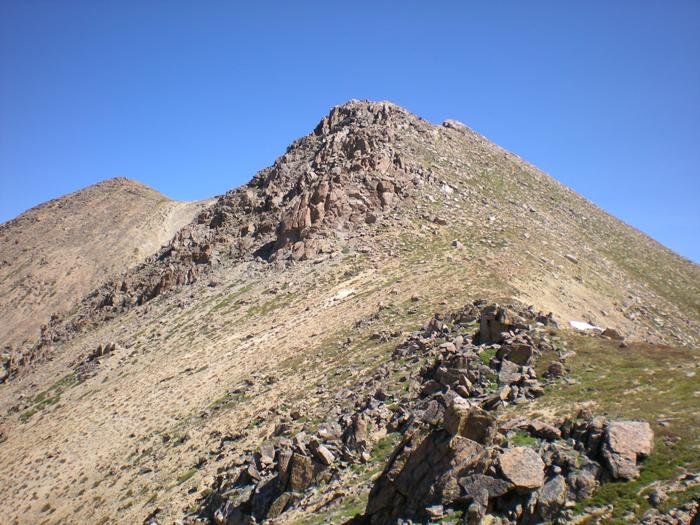 The ridge hike to Pettingell Peak. 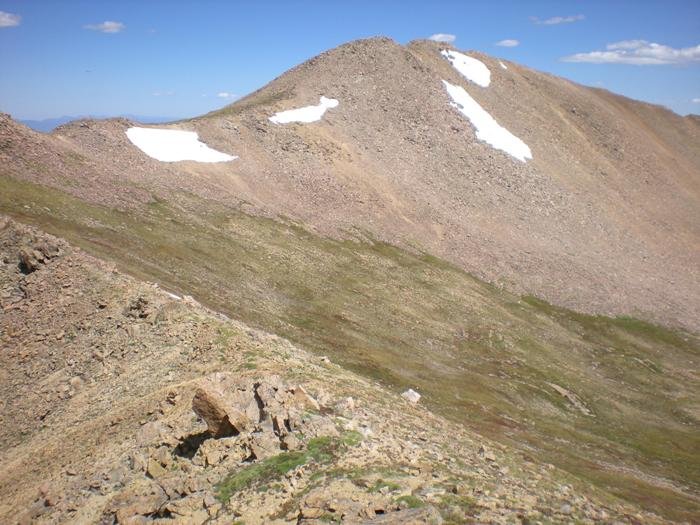 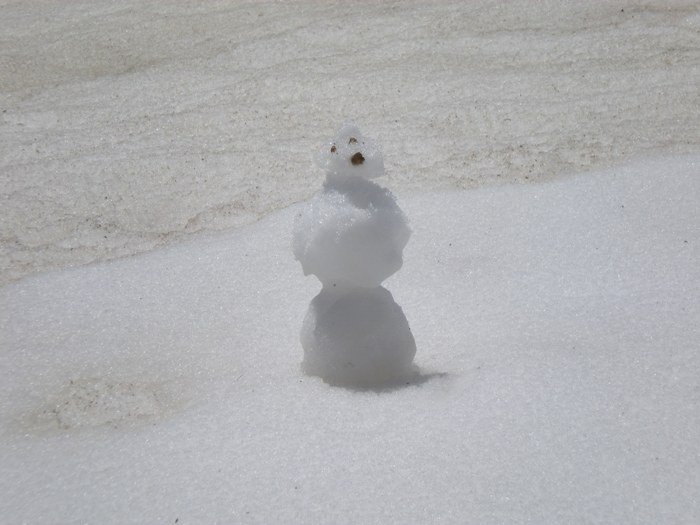 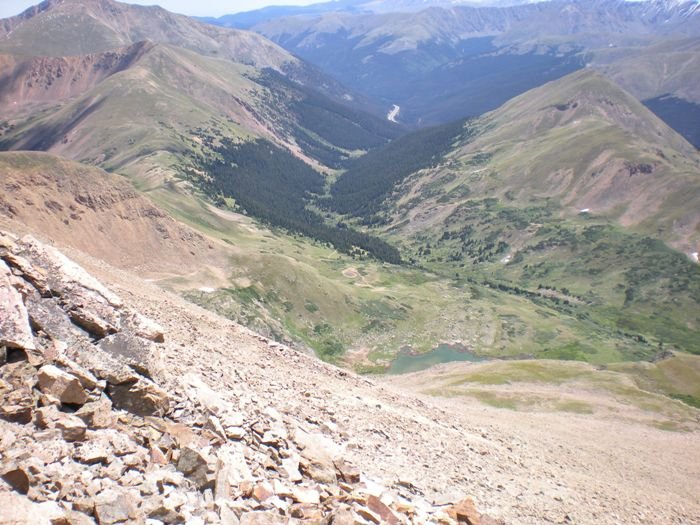 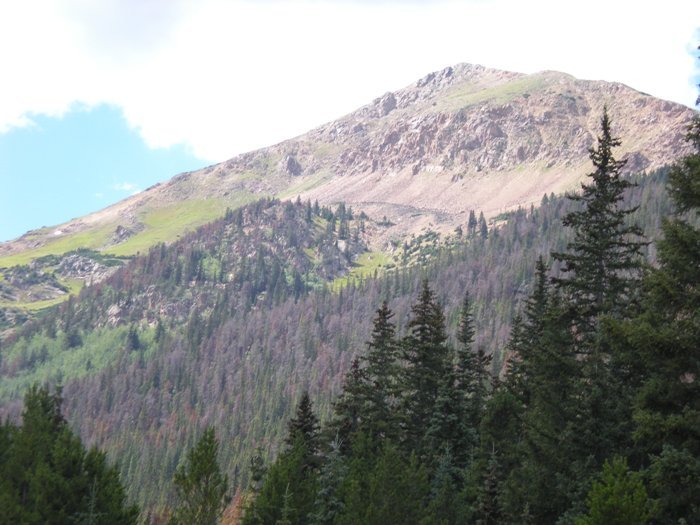